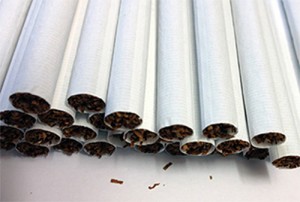 A vital vote in the European Parliament to restrict the sale and distribution of the tobacco products has been postponed due to intense pro-tobacco lobbying in Brussels. It was previously scheduled for 10 September.

The Tobacco Products Directive (TPD) aims to reduce the tobacco-related illnesses, which cause 700,000 deaths in EU every year.  According to this directive, the cigarette packages would be mandatory across the EU with a pictorial health warning covering 75 % of the surface, front and back. In addition, e-cigarettes should only be sold as medicinal product in order to limit its sales and distribution. A ban on flavored (e.g. methol, strawberry) and slim cigarettes targeting young people is also introduced based on the findings that “70 percent of smokers begin before their 18th birthday, many younger still”, as reported by the British Centre-left  MEP Linda McAvan, Parliament’s lead negotiator for the tobacco law

Socialists and Greens supported the directive as soon as it is released.  However, the vote faced huge opposition from the collusion of main center-right political groups (EPP, ALDE, ECR and EFD) in the Parliament.  These groups have a long history of conservative attitude towards reforms, especially the bills against traditional industries. Rebecca Harms, co-president of the Greens, condemned center-right groups saying that this “shameless” behavior is to “buy time for the tobacco lobby “.

A confidential leaked document showed the tobacco giant Philip Morris had spent millions and hired over 100 full-time lobbyists to delay EU legislation into next year under the pro-tobacco presidency of Greek, reports the Guardian. Some online campaigns against the anti-smoking directive including a so-called “Save E-cigs Campaign” are also pressuring the lawmakers.

The next vote will be on 8 October.