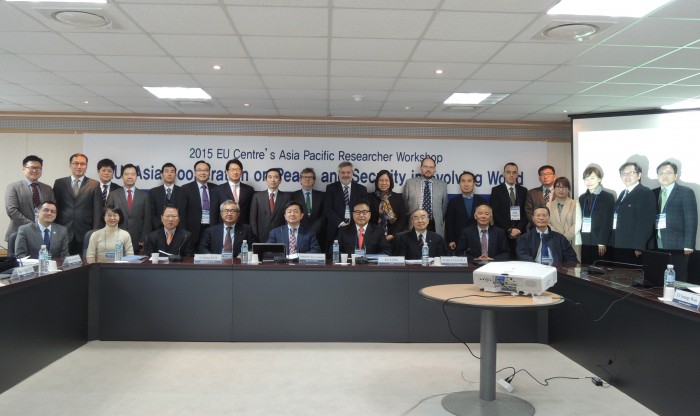 Mr. Stratos Pourzitakis, PhD student at HKBU Department of Government and International Studies, under the scholarship of EUAP Hong Kong, participated in the 2015 EU Centre’s Asia Pacific Researcher Workshop in Jeju, Korea. The event was co-organized by Hankuk University of Jeju Peace Institute, Hankuk University of Foreign Affairs (HUFS) and the EU Centre of the HUFS and brought together 30 scholars from the Asia Pacific region who presented their research.

The workshop consisted of four sessions, covering a wide variety of topics such as on maritime security issues, energy security, migration, EU-Asia cooperation, etc. In total, 13 papers were presented and the participants had the opportunity to give feedback to the presenters and to elaborate their perspectives on the topics. Mr. Pourzitakis, representing the EUAP Hong Kong, presented his research paper on the EU energy security strategy on the 2014 Ukraine-Russia gas dispute.