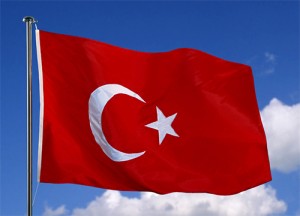 On 26/6 an intergovernmental conference will be expected to carry out between the European Union and Turkey in Luxembourg for the opening of a new chapter of in EU-Turkey’s accession since France has lifted its veto on chapter 22, concerning regional policies. This conference is expected to be a great leap forward for the accession negotiation which has been halted for three years. However, Turkey’s accession negotiations might face a delay after Germany’s criticism on Turkish government’s handling of the protests recently. It is proposed to postpone the talk to October after the German election in September.

Austria’s Foreign Minister Michael Spindelegger told reporters in Luxembourg. “They have to think about their procedures and the behavior of the police and maybe the army. There has to be some movement from Turkey before we start negotiations in a new chapter,” he said. Turkish minister for EU affairs Egemen Bağış expressed his disappointment with Germany’s action to delay the opening of the chapter, and called for the negotiations to continue in a written statement. A decision on opening the next stage of talks could be made by Wednesday.