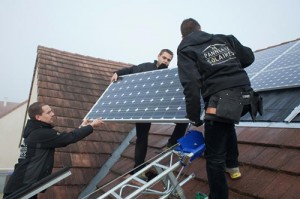 Commissioner De Gucht: “We found an amicable solution in the EU-China solar panels case that will lead to new market equilibrium at sustainable prices”. After intense meetings between the European Union and the Chinese exporters, compromises have been made on the price undertaking submitted by China. De Gucht described that “this is the amicable solution that both the EU and China were looking for.” He also said that the agreement would lead to a new market equilibrium at sustainable prices.

The form of type of solution in this case, as set out in WTO and EU law, is a price undertaking with the following conditions:
• A commitment made by exporters to respect minimum import prices. This commitment is not meant to fix prices at specific levels, rather to prevent them from falling below a certain floor price.
• This alternative measure must remove the effects of injurious dumping.
• The European Commission must be able to monitor the undertaking.
• General policy considerations can play a role, including stability of supplies.

In June, the European Union had imposed an anti-dumping tariff on imported Chinese solar panel. The duties included two steps starting with 11.8% on 6 June and 47.6% on average on 6 August.

“Commissioner De Gucht: ‘We found an amicable solution in the EU-China solar panels case that will lead to a new market equilibrium at sustainable prices’”