Eurozone finance ministers have approved the reform proposals submitted by Greece on 24 February. Greece was last Friday requested by Troika to submit a proposal in order to obtain an extension of bailout fund for additional four months. Subsequent to the review and discussion of the proposal, the Eurogroup said that the member countries agreed to start the procedure in order to get their parliamentary approvals. Following this news, Greek main stock market rose by nearly 10% and its 10 year bond rate dropped to below 9 percent. 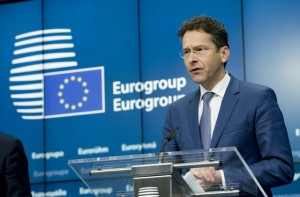 The Greek six-page proposal  presented by the Greek finance minister Yanis Varoufakis entails a list of measures that the government will undertake, including combatting tax evasion and corruption, not stopping already introduced privatizations and reducing the number of ministries and special advisers. The list also contains tackling Greece’s “humanitarian crisis” with housing guarantees and free medical care as well as reforming public sector wages to avoid further wage cuts.

The reactions of troika towards the proposal are mixed. The Head of International Monetary Fund (IMF) Christine Lagarde expressed reservations by saying that some areas are not giving clear assurances about what the government intends to do.  Nevertheless, the Eurogroup was more positive by commenting that the list provided a valid starting point for negotiations.