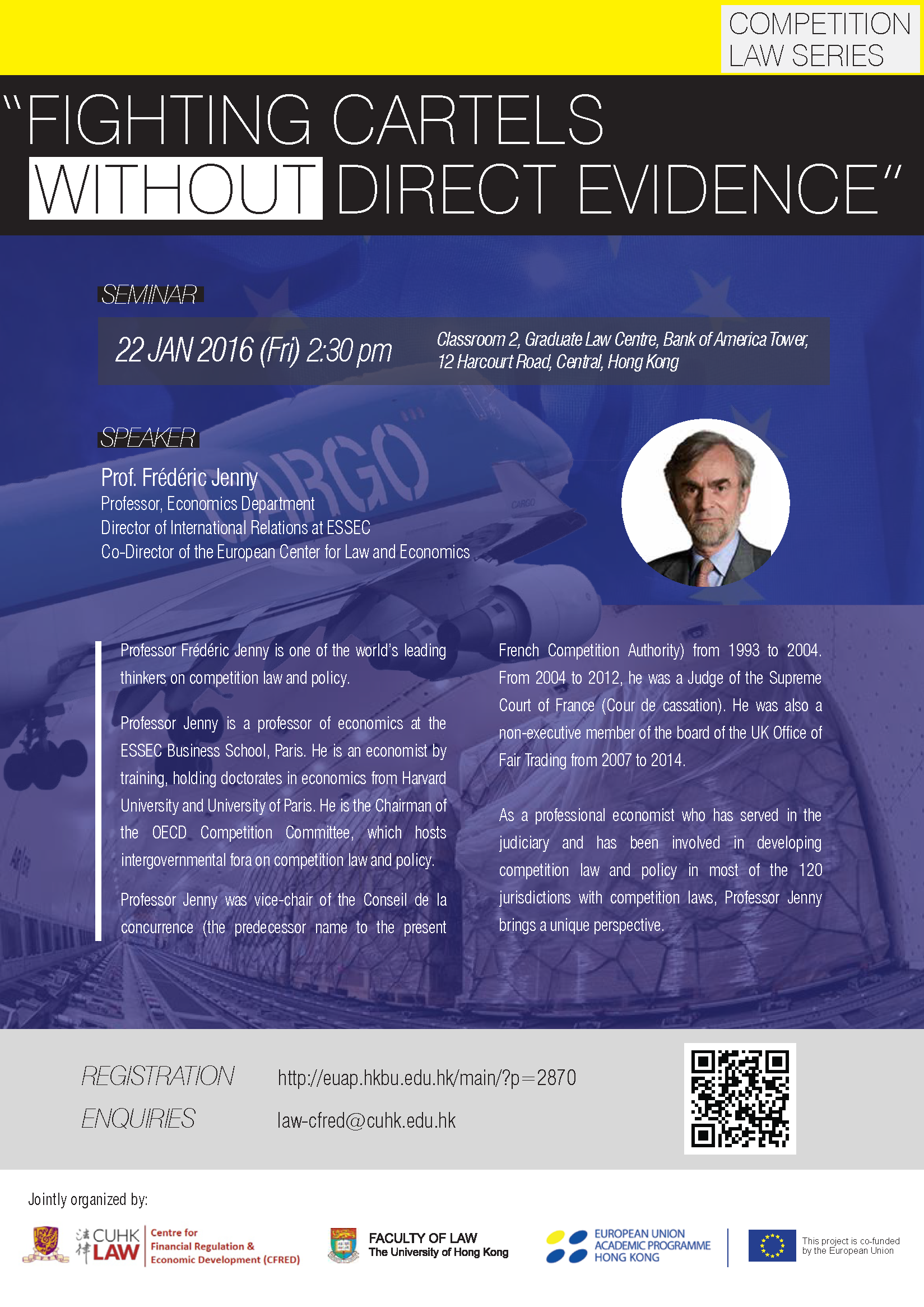 Professor Frédéric Jenny is one of the world’s leading thinkers on competition law and policy.

Professor Jenny is a professor of economics at the ESSEC Business School, Paris. He is an economist by training, holding doctorates in economics from Harvard University and University of Paris. He is the Chairman of the OECD Competition Committee, which hosts intergovernmental fora on competition law and policy.

Professor Jenny was vice-chair of the Conseil de la concurrence (the predecessor name to the present French Competition Authority) from 1993 to 2004. From 2004 to 2012, he was a Judge of the Supreme Court of France (Cour de cassation). He was also a non-executive member of the board of the UK Office of Fair Trading from 2007 to 2014.

As a professional economist who has served in the judiciary and has been involved in developing competition law and policy in most of the 120 jurisdictions with competition laws, Professor Jenny brings a unique perspective.