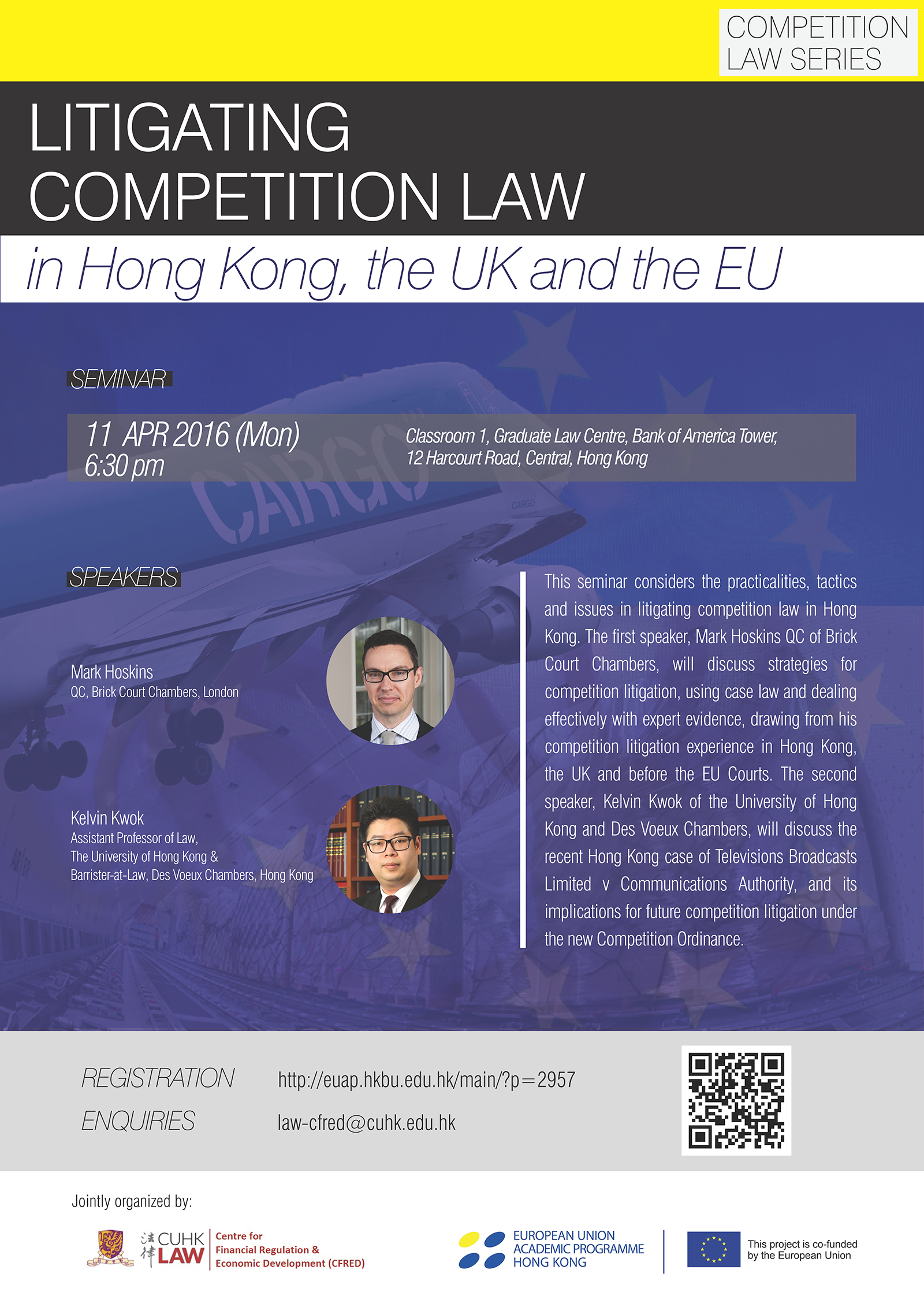 Mark Hoskins QC of Brick Court Chambers specialises in litigating competition law. He recently appeared in the Hong Kong case of Televisions Broadcasts Limited v Communications Authority. He has appeared in many leading cases in the UK including Sainsbury’s v MasterCard, Streetmap v Google and Devenish v Sanofi-Aventis SA. Mark has appeared in over 90 cases before the EU Courts in Luxembourg and is a former référendaire in the Court of Justice. He was Chambers & Partners’ Competition Law Silk of the Year in 2010 and 2013.