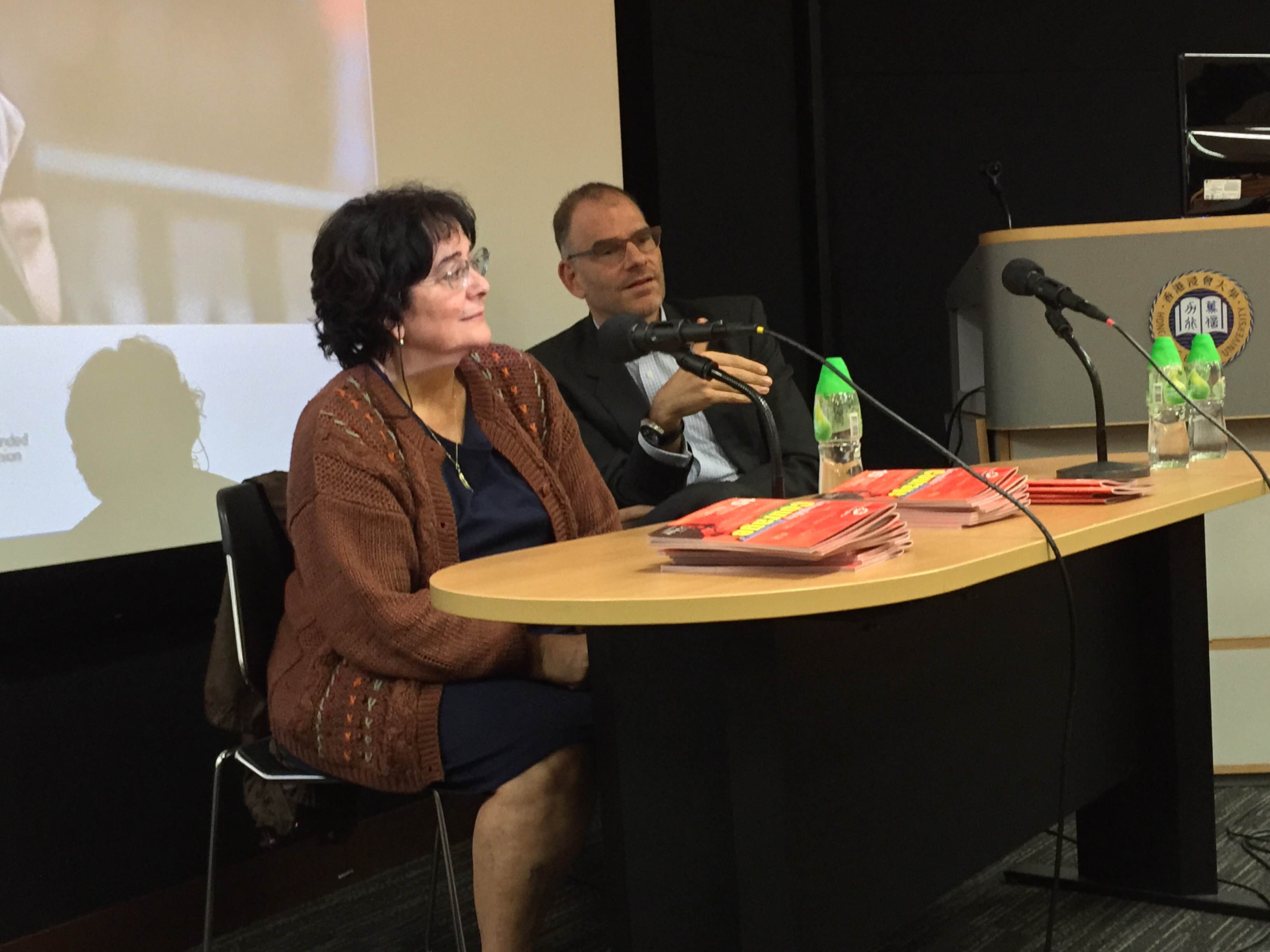 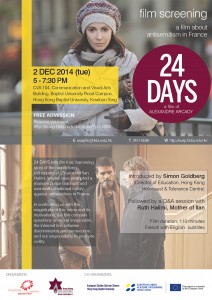 24 Days: The True Story of the Ilan Halimi affair

Based on the real story of Ilan Halimi

The film “24 Days: The True Story of the Ilan Halimi affair” tells the true, harrowing story of the month-long kidnapping of 23-year-old Ilan Halimi, whose case prompted a massive police manhunt and eventually a national outcry against antisemitism in France. ​In confronting us with the magnitude of this crime and its motivations, the film compels questions on moral imagination, the inherent link between discrimination and persecution, and our responsibility to promote civility.

Over 60 students from the European Studies Programme attended the activity. Before the screening, Simon Goldberg, Director of Education of Hong Kong Holocaust & Tolerance Centre explained the background of the film. A special Q&A session with Ruth Halimi, Ilan’s mother and Eli Bitan, Board Member of Hong Kong Jewish Film Festival was held with students raising a number of questions regarding the story portrayed in the film and also the general anti-Semitic problem in France. It is asked if anti semitism is serious in France and why is it a taboo in the society. Students were also curious to  know about where the current anti semitism is coming from, and its relation with the ongoing conflict between Israel and Palestine and the immigrant situation in France.