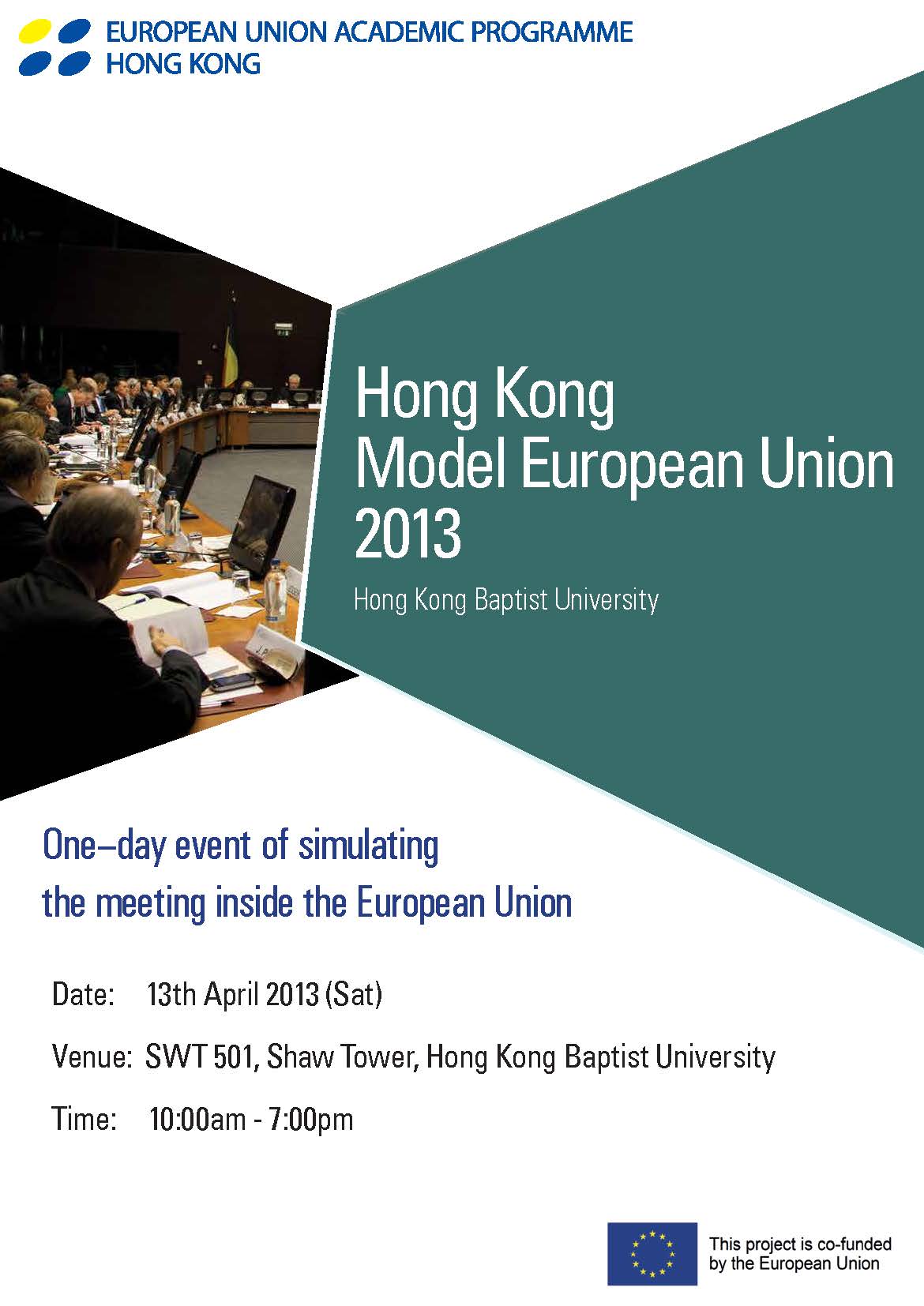 The first annual EUAP Model Union 2013 just ended on 13 April after a day-long simulation of a European Council meeting and the two-month-long hard work of all participants. The main topic of their discussion in the simulation is the “Europe 2020” strategy of the Union, concerning ‘sustainable’ growth and energy policies in the EU until the year 2020.

A few of them have shown their outstanding performance throughout the whole programme. HKMEU Coordinator, Dr. Krzysztof Sliwinski and Mr. Asad Beg (First Counsellor and Head of Press & Information Section, EU Office to Hong Kong and Macau) awarded prizes to the following student participants:

Since the beginning of March, the participants from 4 different universities, HKBU, HKU, CUHK and Lingnan U have undergone a series of five preceding training workshops.

They first started with understanding the basics of EU and how the European Council functions. Then they had to prepare a position paper requiring them to study the topics of the debate and the states they are representing, which further polished their research skills. Impromptu speeches and mock games were good chances for them to put into practice the presentation and negotiation tactics they have learnt, and also familiarizing themselves with the settings.

Participant Ken said “It feels good playing the role the head of government. Not only does it give me an illusion of having the real power at my disposal, it also gives me a sense of responsibility to resolve the current crises in the EU.” HKMEU is a fresh, fun and practical mean for students to deepen their understanding and awareness of the EU.

EUAP would like to thank every party in making this first HKMEU simulation a success. We look forward to the HKMEU 2014.