On the 12th September, the European Parliament once again debated controversial laws implemented in Poland by the governing Law and Justice party. The MEPs agreed on a non-binding resolution calling on the Polish government to respect democratic principles and the rule of law. The main issue of concern is an ongoing dispute over the composition and rulings of the Constitutional Tribunal, a judicial body comprising 15 judges responsible for ensuring the compliance of legislation with the Constitution of Poland. Since the 2015 parliamentary elections in which the conservative Law and Justice party won a majority of seats in the Sejm (the lower house of the Polish parliament), the government has implemented new policies regarding the overall operation of the Tribunal and a new media law that prompted the European Commission to investigate whether this constitutes a threat to democracy. 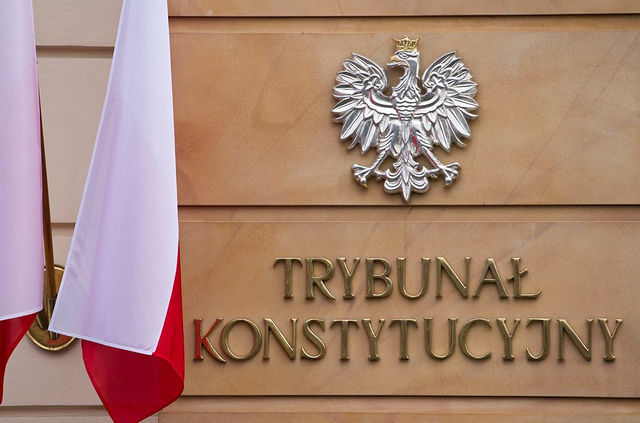 Although the dispute over the Constitutional Tribunal is mostly associated with current Polish leadership, it has its roots in the decision taken when the former government led by the Civic Platform party was in power. Several months before the 2015 parliamentary election in Poland, the government adopted the Law on Constitutional Tribunal which set new rules on the appointment of the judges, among others. On the basis of the new law, the parliament controlled by the Civic Platform-led coalition approved five new judges to the Tribunal in October 2015. The three of them were to replace judges whose nine-year term in office had expired and the other two to replace judges whose term was going to expire soon after the elections. In principle, the two could have been appointed by the new parliament formed after the 2015 elections.

Some of the Law and Justice party politicians suggested that by the appointment of judges ‘in advance’ the Civic Platform party wanted to protect its interests in case of a very likely defeat in the elections, according to polls. If all the five judges proposed by the Civic Platform would have been appointed, overall 14 out 15 of judges would have been selected by this party. It therefore provoked opinions that such composition of the court could have possibly lead to biased judgments and block legislation of the new government. Right after the Law and Justice assumed elected office in October 2015, the law on the Tribunal was amended to cancel the appointment of the five judges selected by the Civic Platform and new candidates were proposed by the Law and Justice party and agreed by the parliament. The Tribunal itself investigated on the new law and has ruled out that it would be valid to replace only the two judges, while a replacement of the other three would be unconstitutional. The dispute escalated further when, despite the Tribunal’s ruling, President Andrzej Duda swore in all the five judges approved by the new parliament.

Moreover, another amendment to the law passed in December 2015 according to which Tribunal’s rulings required two-thirds majority (instead of simple majority) and 13 judges to be present (instead of 9). It also extended obligatory waits between a request for ruling and a verdict from two weeks to three to six months. In response, the Tribunal declared the reforms unconstitutional and critics warned against delays and the court’s work paralysis. They argued that it would prevent efficient operation of the court, thereby undermining the independence of the judiciary power and constitutional control. The Tribunal’s rulings on the new legislation have not become effective because the government prevented them from being published in the Official Journal of Laws. The dispute over the appointment of judges and operation of the Tribunal caused controversy that the Law and Justice-led government excessively interfered into the judiciary body safeguarding the constitution and hampered the conduct of judicial review. The issue has also set the Law and Justice on a collision course with the European Commission. 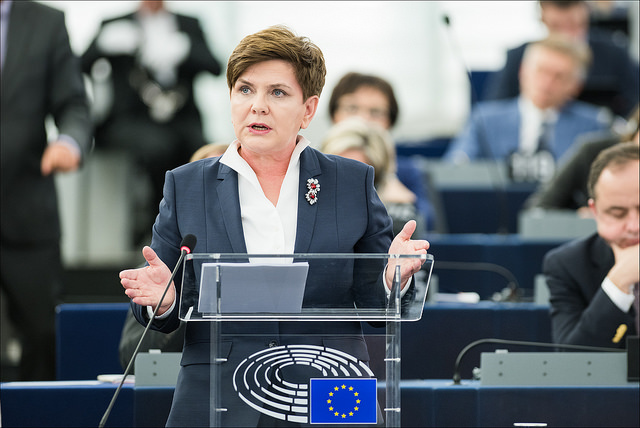 The political developments in Poland have drawn the attention of European institutions concerned that the Tribunal dispute risks eroding the rule of law, one of the fundamental values that all Member States are obligated to protect under Article 2 of the Treaty on European Union. In case there is a suspicion that these democratic values are being breached, official EU procedures include an assessment process and opinion issued by the Commission, recommendations to which the Member State has to comply within given time limit, and a follow-up monitoring by EU bodies.

The European Commission thus launched a probe into the rule of law in Poland with a standard investigation into the situation in the country and a structured dialogue between EU representatives and the Polish government aiming to find a solution to the conflict. Giving a speech during the EU Parliament plenary in January this year, Polish Prime Minister Beata Szydło defended the policies in front of the MEPs, but also asked for support and respect for Poland’s sovereignty, and expressed readiness for dialogue with the EU. Yet, discussions at the EU and domestic levels did not translate into concrete actions that effectively allowed the Tribunal’s operation.

In June the government received the first official EU warning and in July 2016 the Law on the Constitutional Tribunal was once again amended in accordance with the Law and Justice’s proposal that rulings would require a simple majority vote and 11 judges to be present, among others. In the eyes of the Commission the new law was insufficient to address the problem. It moved to the next step and released a set of recommendations, declaring that ‘there is a systemic threat to the rule of law in Poland’. The Polish foreign ministry responded with calling the Commission’s involvement ‘premature’ and assured the government’s determination ‘to restore stable foundations on which the Constitutional Tribunal functions’. The recommendations obliged Polish authorities to ensure that the three judges legally appointed by the previous Parliament can take up their function and reminded that all judgments of the Constitutional Tribunal must be respected and officially published, including those calling the amended law on the Tribunal unconstitutional. Nonetheless, thus far the government has published only selection of rulings and excluded the most controversial ones.

The political stalemate over the Tribunal has no quick end in sight, even though Polish authorities have until November this year to comply with the EU recommendations. If the issue remains unresolved, the EU may decide to invoke Article 7 of the Treaty on European Union as a ‘tool of last resort’. Article 7 states that the European Council voting by unanimity can determine whether a Member State seriously and persistently violates EU values. Subsequently, it can also vote to take punitive measures against the Member State, including sanctions and suspension of voting rights in the EU Council. However, it appears that launching the article would be an unprecedented step which the EU would rather not go towards. The procedure has been never applied before, even when Hungary adopted controversial reforms in 2010-2012 which caused similar criticism regarding the rule of law. Furthermore, Hungary could block the whole procedure entirely, knowing that Hungarian Prime Minister Viktor Orban has already declared that his country will not support any sanctions targeting Poland thereby making the anonymity vote impossible.

Despite the important role that the EU plays in safeguarding democratic values, the right solution is more likely to be found through a compromise at the national level. However, there is a clear lack of willingness on both sides. If the Tribunal gives up on its stance it risks no longer being seen as an impartial judiciary body, while the government stepping back would give an impression of its political failure. The deadlock would most likely continue to paralyze the Tribunal functioning in the case that the Tribunal considers unpublished rulings as valid and in response the authorities may conceivably decide not to publish subsequent judgments. There is a chance that the dispute may finally come to an end when the tenure of three judges expires in 2016-2017, together with the head of the Tribunal who will step down in December 2016 and at the same time the judges proposed in autumn 2015 could possibly assume duty. It remains to be seen if any concrete proposal for compromise solutions will be put forward before that time and worries over the Tribunal’s impartiality are likely to continue if most of appointed judges are proposed by the Law and Justice party. 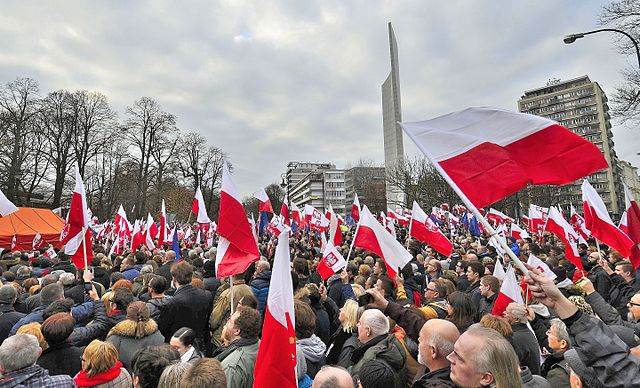 The dispute over the Tribunal has added to divisions in Polish society. Supporters of the Law and Justice-led administration pointed to misconduct of the previous government on judges’ appointments and suggested that the Tribunal’s works would be biased towards particular political factions. The issue has also met with polarized opinions and interpretations among legal organizations and experts. On the other side, the government critics mobilized around the Komitet Obrony Demokracji (KOD, Committee for the Defence of Democracy), a civic organization supported by opposition parties. The KOD organized several demonstrations to protest against government policies, especially its actions regarding the Tribunal. Despite voices of criticism, the government still enjoys widespread support amongst the Polish people. According to a recent CBOS survey conducted in July 2016, 37% of respondents supported the government, 30% opposed, and 29% declared to be neutral. The figures have not changed significantly since January 2016. However, in the long-term the dispute is likely to undermine social trust toward political institutions and the Tribunal. It will also be a foundation for a broad reflection on the role of the court, its future functioning and the fragility of mechanisms separating judiciary power from political influences.