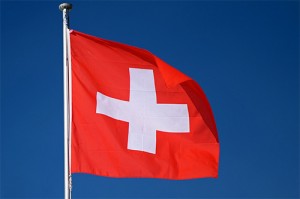 On 9th of February 2014, the Swiss Federation voted a referendum that limits the free movement of EU citizens in Switzerland. Although the Referendum does not provide exact figures, it intends to set restrictions on the quota of EU immigrants to enter Switzerland for residence and/or work.

The Referendum blocks a series of bilateral accords on free movement of goods, services, people and capital, signed between 1999 and 2004 between Switzerland and the EU.

With 50.3% of the votes and the majority of the Swiss Cantons in favor, the Referendum was accepted and it is expected to be settled and implemented in three years.

The Swiss sudden movement certainly represents a threat to the EU- Switzerland relations. Pro EU- members have expressed their discontent and stated that Switzerland cannot chose “a la carte1 the agreements they want or do not want to implement -as stated by Belgian politician Didier Reynders- but must compromise with every single accord they signed before.

Right- wing parties around Europe –such as the Le Pen French Front National, the Italian Northern League, the Geert Wilders Dutch Freedom Party, and the Nigel Farage UK Independence Party -have congratulated Switzerland in its decision and have encouraged their countries to follow the example.

As an immediate outcome of the Referendum results, Swiss students and researchers have been restricted from participating in the new version of the ERASMUS student program- ERASMUS + – and also the Horizon 2020 research programme in September 2014.

The limitation comes after EU declarations on the importance of free movement of people for the development of these Programmes and the regulations Switzerland is to implement.

The restriction specifically means that Swiss nationals will not participate in same footage as EU member states but will be regarded as “third country” applicants.  The same way around for EU students that will not enjoy any privilege when choosing Switzerland as their destination country.

A further limitation for Switzerland will be the free movement of Swiss citizens in Croatia (latest member to join the EU in June 2013); since according to the Swiss law, the national government cannot implement or conclude any new agreements opposite to the reform discussed in the 9th of February referendum. Hence the government cannot extend its free movement agreements with the new EU member state.

Swiss Economy Minister Johann Schneider-Ammann told the press on 2nd March that he wants to save bilateral agreements with the European Union after the relationship was put at risk.

Referendum background: Swiss- EU relations
The referendum comes after a growing anti-immigration sentiment in Europe worsened by the economic crisis of the past years.

Although unemployment is very low in the Alpine state, some Swiss nationals see high influx of foreigners as a threat for housing, rice in prices, transportation and wages.

Nowadays, 23.3 %of Swiss residents account for foreign population2; of which a half of them are highly qualified and have impulse to strengthen Swiss economy3.

Switzerland is the fourth most important business partner of the EU, meanwhile the EU is the main economic partner of Switzerland. Up to 60% of Swiss exports go to the EU.

Although Switzerland is not a member of the European Union, it has adopted different policies in accordance with the EU, such as:
(1972) The Free Trade Agreement
(1989) The Insurance Agreement
(1990) The Agreement on Customs Facilitation and Security
(1999) The Bilateral Agreements 1 accord on Free Movement of Persons, Technical Barriers to Trade, Agriculture, Civil Aviation [among others]
(2004) The Bilateral Agreements II which includes the Schengen, Environment and Dublin Accords [among others]
(2005 and 2009) The extension of Free Movement to the new 10 Eastern and center European EU new members; followed by Rumania and Bulgaria –respectively-

ERASMUS+ and HORIZON 2020:
The ERASMUS Programme was established in 1987 and it is financed by the European Union. This programme allows students and researches from around the EU, to attend other EU university without paying a tuition fee and also provides student grants for food, accommodation and personal expenses.
ERASMUS+ was approved in November 2013 and it is to be implemented between 2014 and 2020 and it offers a 40% for a total budget of €14.7 billion4.

The program is regarded as a magnificent bridge for researches, students and academics around de EU.
Horizon 2020 research program enjoys an 80 billion euros budget.

The restriction between EU- Swiss citizens will be a pity for both parties, since Swiss researchers and students won’t be able to enjoy the economic benefits –at least in 2014.

Furthermore, it could signify a potential loss of innovation since Swiss researchers are known to be outstanding in health, technology- and Nano Science.