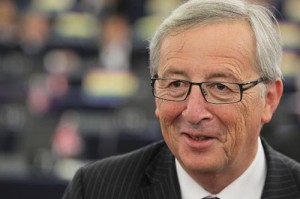 The European Commission is one of the most important institutions of the European Union due to its legislative and executive power. Therefore, the election of its president is of great relevance for new legislation and strategies the EU is to implement. Last Tuesday 15th of July, Jean- Claude Juncker was elected new president of the European Commission for the following five years starting from the coming 1st of November. The elections took place in Strasbourg, France -where the European Parliament is located- and made Juncker the successor of current Commission president Jose Manuel Barroso.

In order to understand the importance of the newly appointed European official, in the following section the background of Juncker and the European Commission will be revised.

Who is Jean- Claude Juncker?
Juncker is a Luxembourger politician with a long political career in his country of birth. Years after graduating at the Faculty of Law at the University of Strasbourg, Juncker was elected Minister of Labor, Minister of Finance and president of the Euro group –body that exercises political control of the EU currency in the Eurozone-. As the Prime Minister of Luxembourg from 1995 to 2013, Jean Claude Juncker became the longest- serving democratically elected political leader. Juncker is a strong supporter of the Euro which he believes has maintained EU member states together during the economic crisis and has prevented a financial war among them1.

How was the president of the Commission elected?
After growing concerns of democratic deficit in the European Union, the ratification of the Lisbon Treaty in 2009 sought to legitimize the internal decision making process. By doing so, the treaty transferred more power to the European Parliament- the only directly elected body of the EU- and gave it the faculty to elect the president of the Commission for the very first time in 20142.

The European Peoples Party (EPP) (Centre-right), the winner of the May European elections, and the Party of European Socialists (PES) (Centre-left) nominated Jean-Claude Juncker and Martin Schulz –respectively- as candidates for the presidency of the Commission3. After the support of 422 out of 751 parliamentarians Juncker was elected next president of the Commission.

The European Council welcomed the decision of the Parliament with the exception of England and Hungary which opposed Juncker’s appointment by stating the EU might live to regret its decision4. The opposition of England is not surprising as Juncker strategy includes a closer integration of the European Union which has been historically opposed by the UK5.

Major Challenges and agenda of the new president of the European Commission
As last European parliamentary elections reflected, there is a growing wave of euroscepticism among European citizens and it will be crucial for Juncker to deal with the issues that bother the old continent in order to secure the stability of the EU. In order to tackle these issues, Juncker’s agenda is divided in ten policy areas and are based on closer ties among Member States. From these we can point out:
(See also Juncker’s agenda6)

In order to tackle current difficulties, Juncker announced that there will not be accession of new Member States in the following five years.

The new electoral procedures set up by the Lisbon Treaty increase legitimacy of the Commission President and the sense of his accountability towards the European Parliament. However, this also means that the appointment of Juncker based on the results of the European elections put a lot of pressure on him to meet expectations of EU citizens.  It remains to be seen whether his agenda proves to effectively tackle the most urging problems of the European Union.

3 The new European Commission: which president, and what priorities?. http://www.britishinfluence.org/the_new_european_commission_which_president_and_what_priorities

6 Juncker, Jean-Claude.  (2014) A New Start for Europe: My Agenda for Jobs, Growth, Fairness and DemocraticChange. The European Commission website. Retrieved from: http://ec.europa.eu/about/juncker-commission/docs/pg_en.pdf