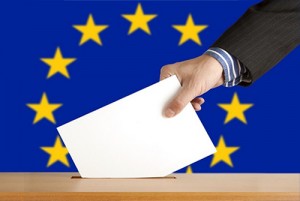 On 22-25th of May citizens of European Union’s member states will vote for their representatives in European Parliament. However, elections held in the member states in 2014 are seen to be somehow different and more significant, as the influence of the Parliament on EU’s decision making has been strengthened in recent years. Since the implementation of the Treaty of Lisbon in 2009, the ordinary legislative procedure became the main procedure in decision making, giving the Parliament power to adopt legislative acts in most of policy areas and decide on EU’s budget on equal footing with the Council of the European Union, which represents member states’ through meetings on ministerial level.  Moreover, for the first time the elections’ outcome will determine who will become the next President of The European Commission, which is main executive body of the EU.

Various transnational political groups representing agendas varying from left to right-wing and gathering 160 national parties are competing for 751 members’ seats.  According to the latest predictions by the PollWatch that were released on 19th March, centre-left Progressive Alliance of Socialists and Democrats (S&D) is currently taking the lead, with slight advantage over its strongest rival from the centre-right – European People’s Party (EPP). The competition between the parties remains very tight, with estimated 214 and 213 seats, respectively. Alliance of Liberals and Democrats for Europe (ALDE) moved ahead far-left group of European United Left (GUE-NGL), taking the third place with 66 seats. In comparison with the current structure of the Parliament, predictions show that percentage of seats held by EPP is going to drop from 35.8% to 28.1%, and those of S&D increase from 25.5% to 28.6%. Similarly, ALDE is going to experience decrease from 11% to 8.8%, while it is forecasted that number of seats for GUE-NGL will go up from 4.6% to 7.9%.

The EPP and the S&D constitute two largest parties in the Parliament. The EPP is centre-right wing party with Christian Democratic, conservative political orientation. It includes 74 parties from 39 countries. Current President of the European Commission, José Manuel Barroso, and the President of the European Council, Herman Van Rompuy, both come from the EPP. The group has been consistent supporter of closer EU integration and enlargement, striving for single market with free movement of goods and people. The party is also in favour of maintaining current austerity policies to cope with burden of Eurozone financial crisis.
In the contrary, the S&D group represents the centre-left wing with social democratic orientation, gathering 53 Socialist, Social Democratic and Labour parties across Europe. The group puts special emphasis on values of democracy, equality, justice and solidarity, opting for strengthening of welfare systems and promoting social market economy. In response to the economic crisis, the S&D advocates for stricter market regulations and negates implementation of extensive austerity measures.

Although it is predicted that traditionally largest parties are going to win substantial majority of seats, according to the PollWatch, elections 2014 show tendency towards fragmentation of electorate and forecast stronger polarization of the Parliament. This also means decrease of support for the centrist parties and rising popularity of radical left, radical right and groups representing populists, critical and eurosceptic views, for instance, radical right Front National in France, UK Independence Party in the UK, Party for Freedom in the Netherlands or far left Syriza in Greece. Knowing that two major European groups present contradictory approaches towards handling one of the most significant problems of the EU, which is financial crisis and economic stagnation, this position is likely to affect voters’ choice. Raising support for alternative eurosceptic groups will show citizens’ increasing concerns over the direction of EU policies to foster economic recovery and boost closer integration.