Hong Kong is determined to become a ‘smart city’. But ‘smart’ is more than the massive use of information and communication technology (ICT). As engineering firm Arup and its partners concluded in a recent study, technology at best can be a means to achieve ends. More important is an up-front, clear-headed overall vision how the city sees its own future, clearly communicated by its leaders, and based on citizens’ needs and wishes. As Vienna’s Deputy Mayor Maria Vassilakou said at a recent seminar at the European Union Academic Programme (EUAP) in Hong Kong: ‘Cities are primarily places for quality living. They are made for people, and they need to let people participate in these designs’. Not surprisingly, the latest Mercer study on the ‘quality of living’ 2015 has seven European cities among the top ten in the world. Vienna holds first place for the sixth time in a row. Vienna also has the clearest, most comprehensive long-term ‘smart urban development’ strategy of all based on the ‘Europe 2020’ framework. 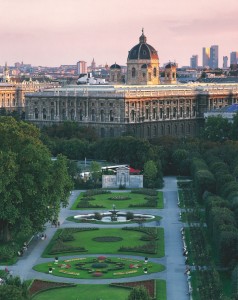 A quick survey of European smart cities shows four common characteristics: (1) Their plans first address global concerns such as climate change and looming resource scarcities. (2) European cities are networked, constantly sharing ‘best practice’ as it evolves in decentralized, local experiments. (3) They have holistic visions of urban life as it should be decades from now, and the organizational structures to let these visions cut across conventional administrative boundaries. (4) They highly value citizens’ ideas and involvement.

The EU has a surprisingly big role in this. Its current development strategy Europe 2020 shows up in many urban planning documents. It sees future smart growth first of all by increased investments in education, research and innovation, the pre-condition for building a sustainable future. The paramount goal of a climate-saving low-carbon environment especially is in reach with a CO2 reduction of eventually 80-95% by 2050. That is due to concrete actions on the urban level, where nearly three quarters of all Europeans already live. Cities and the Union as such have become strong partners. In the process, cities and their lobbies are gaining more and more influence on European policy making.

To realize the goals of Europe 2020 much funding is now directed towards them through the ‘Strategic Energy Technology Plan’ (SET-Plan) and the research support programme ‘Horizon 2020’. Urban projects are also co-financed via the European Regional Development Fund (ERDF), the EU’s main instrument to achieve a long-term balanced economic development between rich and less prosperous regions. SET-Plan includes a specific ‘The Smart Cities and Communities Initiative’ and a ‘European Innovation Partnership on Smart Cities and Communities’ (EIP). There is a ‘Joint Programming Initiative Urban Europe’ (JPI) and ‘ERA-NET – Networking the European Research Area’ supporting transnational R&D projects. The EU’s Committee of the Regions also encourages greater collaboration and exchange of ‘best practices’. Europe 2020 has so far served well in fostering a common vision across the entire EU, and a unifying frame for decentralized urban project implementation.

In a public seminar series, the EUAP has looked at practical implementations in Barcelona, Vienna, Malmö, Helsinki, Oldenburg/Groningen, Amsterdam (and soon Hamburg and Grenoble). They are surprisingly similar, basing their vision almost exclusively on Europe 2020 sustainability criteria. They do not see the costs of environmental protection as a hindrance to smart economic growth – on the contrary. But cities are also aware that turning ‘sustainability’ visions into reality requires the mobilization of all brains, hence the emphasis on ‘smart’ education, research and citizens’ participation. European smart city developments today include mammoth projects to turn municipal waste fully into energy, but also investments in decentralized energy production, energy-neutral ‘passive house’ construction and energy-efficient retrofitting of the existing building stock. Cities now issue ‘energy passports’ for individual buildings and provide extensive advice to reduce energy consumption. The parallel enlargement of green public space is a major characteristic, as are measures to reduce car traffic in favour of low-carbon public transport, e-mobility trials and car-sharing projects. At the most elementary level, cities simply try to become ‘walkable’ again. In 2025, for example, 80% of all movements across Vienna will be low-carbon or emission-free, with obvious dramatic improvements in air quality.

Everywhere, a process of densification is under way so as to avoid traffic at all. Land use is being minimised in favour of compact development and more space for leisure. Barcelona already recovered miles of waterfront for recreation and housing, while Hamburg is still in the midst of building an ultra-modern, environmentally friendly ‘Hafen City’ on abandoned harbour land. Strategies for the adaptive re-use of heritage areas and former industrial sites exist everywhere, providing low-cost space for cultural activities and for start-up companies of the evolving ‘creative economy’. While undoubtedly requiring an optimized ICT infrastructure, the creative economy needs nothing more than affordable offices and housing. It helps that European cities still have substantial portfolios of social housing property, which can now be used to avoid unbalanced commercialization and gentrification of their cores. Social housing also allows them to maintain a ‘socially inclusive’ population mix, including integration of newly arrived immigrants.

Europe’s increasingly clean cities are in fact growing and competing with each other for talents. These need to be offered attractive social, cultural and environmental conditions, but they also demand to be heard. Cities therefore invest considerable resources in ‘idea jams’ and ‘urban labs’. They take citizens’ ideas to set up many small-scale, innovative urban experiments and open up statistical data to the public so as to encourage the development of new, focused services. Greater proximity to ‘the people’ entails delegating more decision-making rights to district levels. The overall vision balances these trends. Branding a city as a forerunner in sustainable development tends to create public consensus and ultimately civic pride in collective urban transformation. Remarkably, the remodelling of European cities along these lines has so far been largely free of citizens’ protests in any form.