A Case of déjà vu?

The Italian General Election held on the 4th March 2018 produced a politically divided country. This Italian election bears similarities to a number of important elections that took place last year across Europe, such as in France, Germany, Austria and the Netherlands. This article provides a short summary of the key trends and patterns from last week’s Italian General Election.

This result has broader implications for the future direction of the EU and ties in with our EAP Hong Kong November event from last year that outlined how establishment parties on the left and right of the political spectrum are under attack, primarily from populist radical right parties.

From a comparative perspective, expert commentators such as Professor Matthew Goodwin (University of Kent) have outlined how the Italian election fits a common European pattern seen in recent years through:

The results of the Italian election from last week therefore fit into this broader narrative of electoral decline, with the decline in vote share for traditional left-wing/social democratic parties in the Italian general election 2018, compared to the previous one held five years ago in 2013. 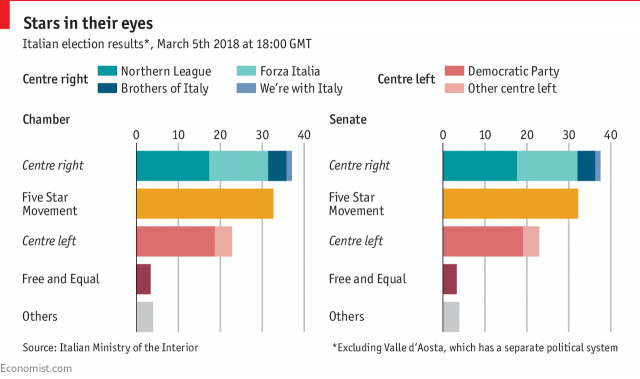