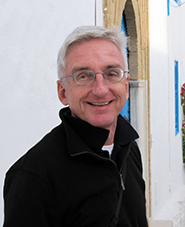 H. Werner Hess is Professor of European Studies and associate head of the Department of Government and International Studies at Hong Kong Baptist University. He is a graduate of the John F. Kennedy Institute of the Freie Universität Berlin and holds a doctorate in Education from the Technische Universität Berlin. He has worked in Germany, Spain and China for many years and teaches European socio-cultural, political and economic history and contemporary affairs (German-speaking countries) as well as European/German economic relations with China and Hong Kong. As EUAP Deputy Director, he favors a holistic approach to studying Europe, including its ‘unifying’ cultural traditions and the real-life diversity in EU member states. Both may be more decisive for the future of the EU than supranational decision-making structures alone. He would like to promote Europe’s key characteristic: its open, cosmopolitan discourse, which makes the whole of it greater than the sum of its parts.