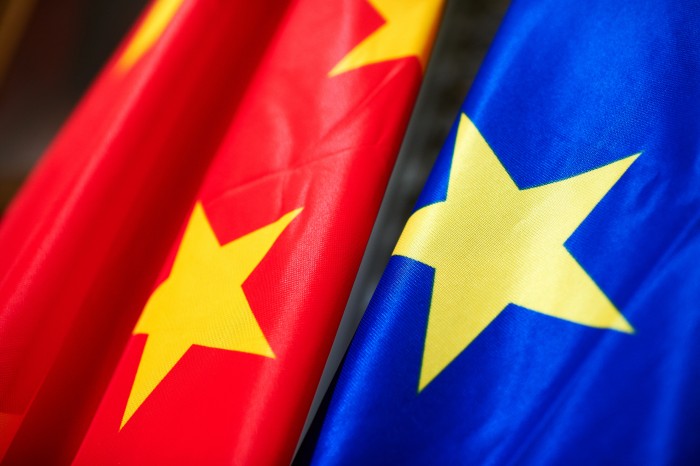 The issue of market economy status (MES) has once again become a heated topic, especially in terms of the trade relations between the EU and China, when we entered the Year 2016. Fifteen years ago China became a member of the World Trade Organization (WTO) on 11 December 2001 with the status of non-market economy. From the Chinese government’s perspective, China has made substantial efforts in reforming its economy since 2001 and the Accession Treaty of China into the WTO, as interpreted by China, has enabled China to automatically acquire the MES in the end of 2016. The Chinese view is apparently not shared by their European counterparts as Cecelia Malmström, EU Commissioner for Trade, said in an interview that “there’s no automaticity in that (granting China MES). We need to make a formal decision and table a law.”[1] Given the diverging views of China and the EU on the issue and its potential significant impact on trade between the 2 sides, this issue is worth our attention in the year 2016 in order to understand what is at stakes.

One of the main controversies over the issue is how to interpret the legal document of Chinese accession to the WTO. According to the Article d (ii) of the Section 15 of China’s Accession Protocol to WTO, it is stated that the provisions of subparagraph (a)(ii) shall expire 15 years after the date of accession. The subparagraph (a)(ii) states that importing WTO member can use the “analogue country” if the producers concerned cannot clearly demonstrate the prevalence of market economy conditions. The Chinese side claims that the expiry of subparagraph (a)(ii) implies that importing countries can no longer apply “analogue country” calculation on Chinese exporters 15 years after the date of accession, which is 2016.

Nevertheless, the legal implication is far from clear after the expiry of the subparagraph (a)(ii) as the subparagraph (a)(i) continues to require the Chinese producers to clearly show the prevalence of the market economy conditions in order to allow the use of Chinese prices or costs in determining price comparability. From this perspective, the criteria of “market economy conditions” is still essential in determining whether importing WTO member countries will use Chinese prices or costs. It can be argued that there is no explicit mention whether Market Economy Status (MES) will be granted to China or not after 15 years of Chinese accession to the WTO.

The EU’s approach toward the issue of MES of China

According to the WTO rules, each importing WTO member can decide whether they treat China as a market economy or not based on their national law. The European Union has not yet granted China MES based on its latest assessment performed in 2008.[2]  It focused on a number of specific technical areas related to the influence of state intervention on prices and costs in China. The MES requests are evaluated on the basis of the below five criteria:

China has to fulfill all the 5 criteria so that the EU would grant the MES to China. Since 2004, the EU concluded that China had met criterion 2. The 2008 assessment acknowledged the progress that China has made in reforming the economy and law but the remaining 4 criteria were still unmet. Therefore, the EU has still not yet granted the MES to China.
Policy options for the EU

Beijing has long reiterated its disappointment with the WTO members, including the EU, for not granting China the MES in the anti-dumping investigations. The expiry of the subparagraph (a)(ii) in Dec 2016 will definitely create diplomatic tension over whether the EU should automatically grant China the MES. There are a number of potential scenarios:

EU’s stance on the issue

The EU has so far not yet confirmed its position towards granting China MES or not. For the supporters of granting China MES, it is a way to win favor in Beijing so as to help European investment in China as well as accelerate Chinese investment in Europe. For skeptics, granting China MES would kill industries which face intensive competition of Chinese exports, including steel, ceramics and textiles. A report of the Washington-based Economic Policy Institute (EPI) even claimed that granting MES to China would translate into 3.5 million potential job lost in the EU plus up to 2 percent loss of the EU GDP.[3]

EU member states also do not appear to have a common viewpoint regarding the issue. According to the media report, countries like the UK are highly favorable to granting MES to China while countries like Italy strongly oppose. Countries like Germany are a bit ambiguous on the subject. During the official visit in China, German Chancellor Angela Merkel revealed that she was in principle positive towards granting MES to China. However, she also warned that China still had work to do and cautioned that Europe’s steel and solar industries needed protections.[4] It was reported that the European Commission is likely to propose MES for China as early as February this year and the decision will be subject to the approval of the 28 member states as well as the European Parliament.

The issue of whether EU will grant China the MES will not only have impact on the EU-China relations, it will also affect the EU’s relations with other trading partners. Currently, WTO members that have not yet granted MES to China include the USA, Canada, Japan and others. The US is clearly opposed to recognizing China as a market economy. Any unilateral action from the EU without coordination with other trading partners would negatively affect the EU’s relations with these partners, especially given the prospect of the ongoing negotiation of the Transatlantic Trade and Investment Partnership (TTIP) as well as other bilateral Free Trade Agreements with Japan, Canada and others.

(a)          In determining price comparability under Article VI of the GATT 1994 and the Anti‑Dumping Agreement, the importing WTO Member shall use either Chinese prices or costs for the industry under investigation or a methodology that is not based on a strict comparison with domestic prices or costs in China based on the following rules:

(ii)           The importing WTO Member may use a methodology that is not based on a strict comparison with domestic prices or costs in China if the producers under investigation cannot clearly show that market economy conditions prevail in the industry producing the like product with regard to manufacture, production and sale of that product.

(b)          In proceedings under Parts II, III and V of the SCM Agreement, when addressing subsidies described in Articles 14(a), 14(b), 14(c) and 14(d), relevant provisions of the SCM Agreement shall apply;  however, if there are special difficulties in that application, the importing WTO Member may then use methodologies for identifying and measuring the subsidy benefit which take into account the possibility that prevailing terms and conditions in China may not always be available as appropriate benchmarks.  In applying such methodologies, where practicable, the importing WTO Member should adjust such prevailing terms and conditions before considering the use of terms and conditions prevailing outside China.