European financial market experienced agitating turbulence in recent weeks following a setback of the Greek Prime Minister Antonis Samaras in a Parliament voting on 29th December. Failing to elect Stavros Dimas as the next president with 12 votes short of the required three-fifths majority (out of 300 MPs), the Greek government will have to hold a general election on 25th January. The voting result has shocked investors and market responded overwhelmingly with a single-day plunge of 11% in Athens stock market and Greek bond rate rocketed to 9%. 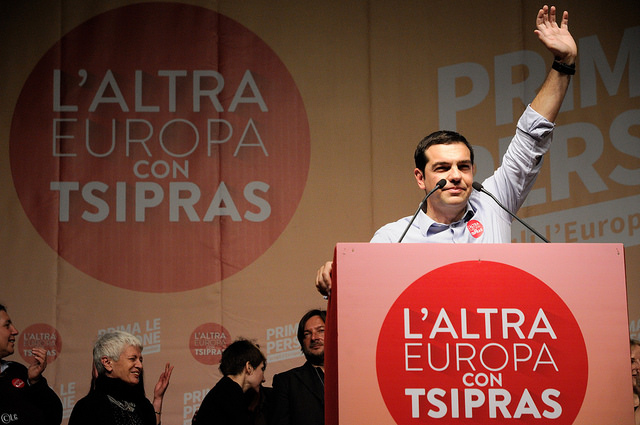 Greece has long been economically and financially vulnerable at the onset of the financial crisis since 2008. The loss of investors’ confidence in Greek bonds and the fragile and problematic public finance sparked off a massive selloff of Greek bonds and the interest rates of Greek public loans skyrocketed. The Greek authority had no means to calm the market and resorted to seek international monetary aid. €110 billion loan and €130 billion loan were granted by the EU and IMF in 2010 and 2012 respectively in a form of bailout loan packages which required Greece to carry out tough austerity measures. The subsequent huge public spending slash resulted in prolonged economic recession, very high unemployment rate and widespread social discontent. In 2014, the scenario appeared more positive as Greece attained a budget surplus of 1.5 billion euros in 2013 and the expected GDP growth for 2014 is 0.6%. Investors were also more confident in the Greek outlook due to the stable economic recovery of the overall Eurozone, what many called “nascent recovery”.

However, the lack of support received by the center-right party as shown in the election result on 29th December called into question whether the current approach of austerity in Greece would be politically and socially sustainable. Alexis Tsipras, the leader of Syriza which is the coalition of radical left in Greece, is currently 3% ahead of the centre-right New Democracy Antonis Samaras in opinion poll. Mr. Tsipras’s proposals to reverse some austerity measures and new welfare package attract a lot of angry and distressed voters. Although Syriza party said they would not quit Euro nor stop the debt repayment, they clearly indicated that they would plan to renegotiate the bailout package and aim to get at least half of the debt write-off. This leaves the public as well as investors serious doubt about how Syriza could negotiate further bailout as the EU leaders insist that Greece must follow the agreed conditions in order to continue the bailout loan, which will be expired at the end of February. It will also be a great challenge for the policy makers of the Eurozone countries if Greek citizens finally elect the radical left leader. Therefore, the result of the general election on 25th January will have significant impact on the development of Greek economy as well as the overall Eurozone economic and financial situation.