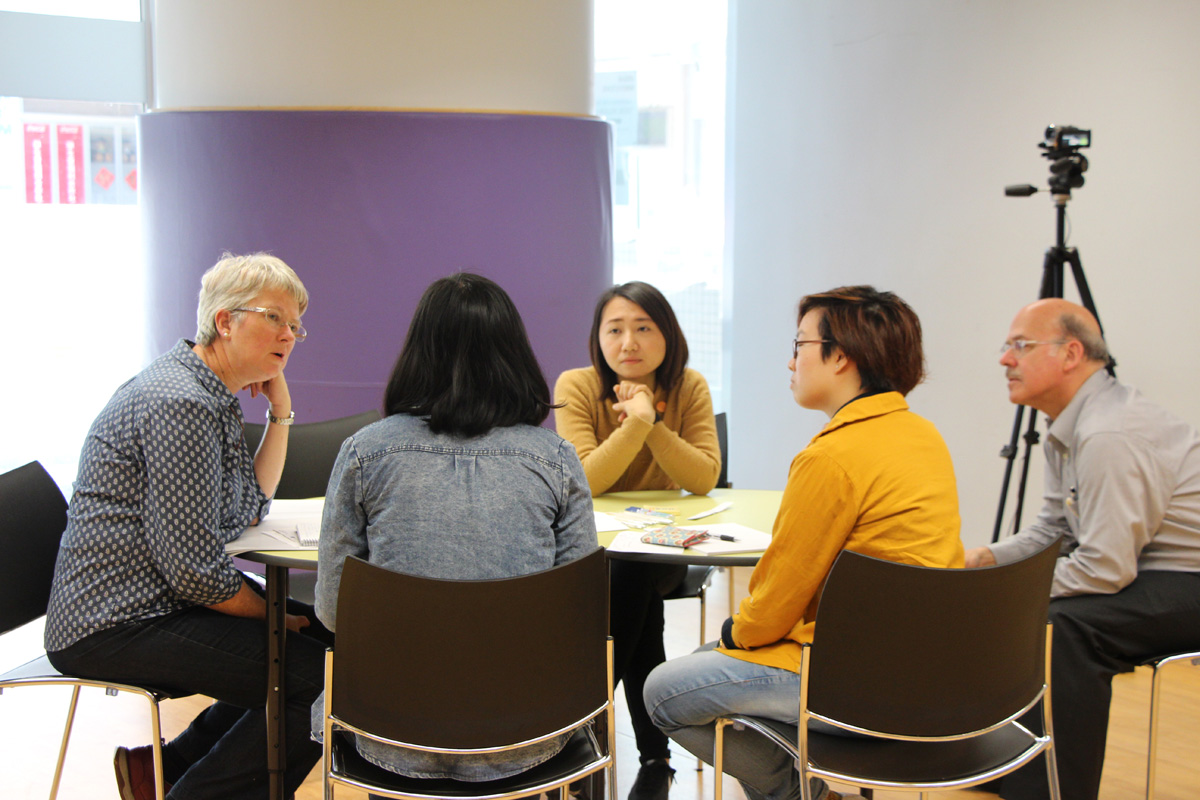 Admission: Registration required at the bottom of this page

Event Partner(s): This workshop is organized in cooperation with the Netherlands Consulate General in Hong Kong and Macao.

A 2-day Idea-Jam Workshop with

And members of local social enterprises, NGOs and communities

Objective:
– To provide a platform for participants including both practitioners and interested individuals to discuss practical experience in Amsterdam and Hong Kong
– To jointly develop new ideas for later implementation on specific social issues in the Hong Kong context
– To establish a dialogue between Amsterdam and Hong Kong on the suggested themes which will therefore launch collaboration in the future

This workshop is free of charge and the number of participants is limited to 40. Participants are strongly advised to attend the sessions on both days. Applications will be accepted on a first-come-first-served basis and priority will be given to members of local social enterprises, NGOs, and academia of related fields, and those who can attend on both days.

Background:
Among the most pressing future challenges in Hong Kong are diversification of the economy and job creation, growing wealth inequalities, the lack of a comprehensive social security system, ensuing relative and absolute poverty especially among the low-skilled, and a rapidly ageing population, which will place substantial demands on resources for care for the elderly. At the same time, there is substantial growth among socially disadvantaged immigrant groups, in particular from Mainland China, which are seen as competitors for scarce social provisions.

At the same time, major issues like structural economic change and economic diversification and the development of comprehensive ‘smart city’ strategies have not received due attention in Hong Kong. At the very least, public discussion and dialogue between government and citizens have so far been insufficient.

We are aware that the city of Amsterdam has been coping with such challenges for many years, both in its inner-city core (tourism, creative economy, smart city solutions) and districts like Amsterdam East and South (social affairs, collaborative & participatory approaches to urban problem solutions). East Amsterdam has turned into a multicultural neighborhood since 1960s with the inflow of immigrants from Turkey, Morocco and Suriname, artists and students. However, due to the lack of infrastructure in East Amsterdam in 1980s, a lot of low-rent or even empty apartment blocks attracted drug addicts and homeless people. It happened especially in the area of Bijlmer. The neighborhood was soon labeled unsafe and dirty and by 1996 the unemployment rate was nearly twice as high as in Amsterdam as a whole, and crime rates were – and still are – among the highest in Amsterdam. Educational levels in the Bijlmer are lower than in Amsterdam as a whole. The social problems vary within areas such as health, poverty, social exclusion, unemployment and safety.

Under these challenges, there has been a concerted effort by local government in recent years to increase investment in social, urban and economic issues.

With the emergence of different new business, cultural facilities and social groups, East Amsterdam is experiencing a transformation from a disinteresting region to a intercultural and dynamic region.

This transformation needs a lot of effort to include residents with different talents and cultural background back to the community.

A recent EU study ranked Amsterdam in the best-performing group of ‘smart cities’ in Europe, not the least due to its contribution to the EU’s ‘Strategy 2020’ and its characteristic ‘bottom-up-approach’ to encourage citizens’ participation in urban planning and development[1].

An idea Jam workshop with input from Hong Kong and Amsterdam would help stimulate innovative solution to the problems in Hong Kong.

Draft programme based on several assumptions: 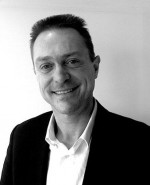 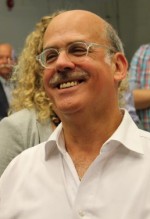 Rundown (All times and timing are approximate):

Download the Programme of Idea-jam workshop in pdf format 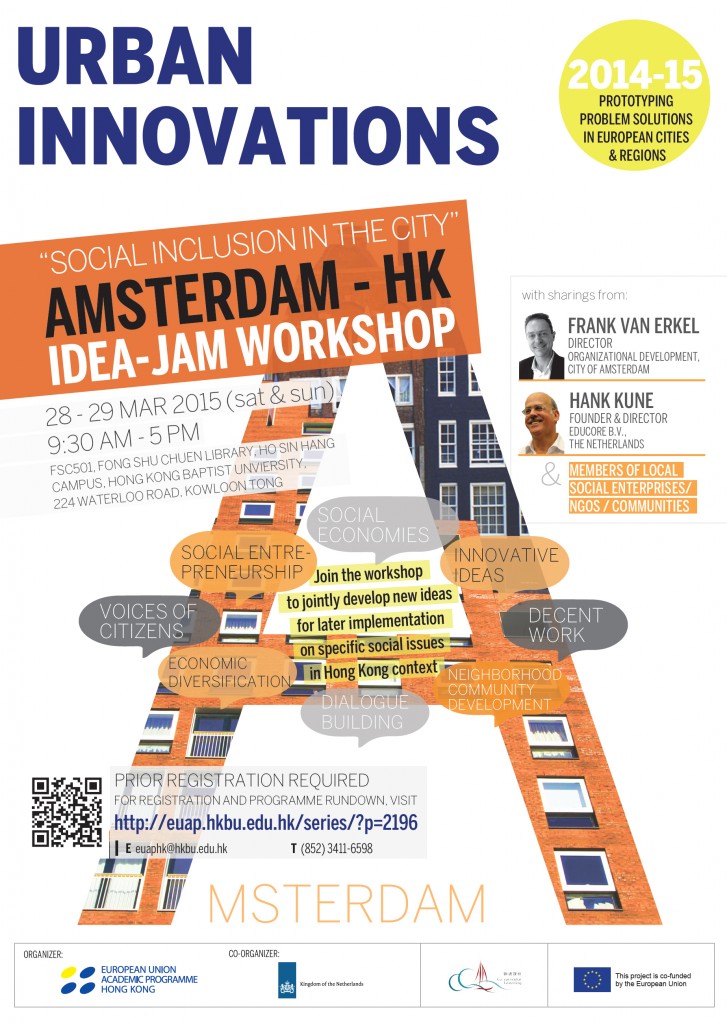