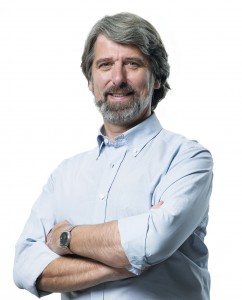 Paul Zimmerman arrived in Hong Kong in 1984 and founded the Bridge Design in 1987, an identity and corporate literature design company, which he sold in 1997 to the events producer, Caribiner International. He built the combined entity into a leading communications group in Asia (since renamed Jack Morton International).

In September 2009, Paul decided to focus full-time on Designing Hong Kong Limited, a non-profit organization promoting sustainable urban planning in Hong Kong (www.designinghongkong.com). Paul has been active in sustainable development of Hong Kong through organizations such as Designing Hong Kong, Society for Protection of the Harbour, Coalition on Sustainable Tourism, Heritage Watch, Save The Street Market, Conservancy Association, ProCommons, Business Environment Council, Harbour Business Forum, Clear the Air, acnd others. He was awarded a Honorary Membership of the American Institute of Architects for his role in improving the harbourfront of Victoria Harbour.

In September 2010, Paul Zimmerman was elected as the District Councilor representing the Pokfulam Constituency. He won the re-election in November 2011 for the 2012-2015 term in office. (www.paulzimmerman.hk ).

In 2012, Paul Zimmerman received his Certificate for Naturalization as a Chinese National. Paul has a Master in Social Science (Economics) from the Erasmus University in Rotterdam, the Netherlands, and a Master of Arts in Transport Policy and Planning from The University of Hong Kong.