DEPUTY MAYOR OF BARCELONA FOR ECONOMY, ENTERPRISE AND EMPLOYMENT 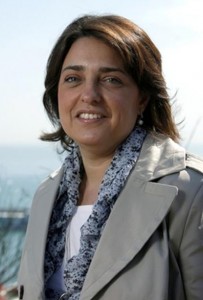 Sonia Recasens i Alsina is the Second Deputy Mayor of Economy, Enterprise and Employment of the Barcelona City Council.

She has been a member of Unió Democràtica de Catalunya (UDC) since 1992, Member of the Barcelona City Intercounty Executive Committee since 1996 and Chair during 2002-2004. In 1999 she was elected as a city councillor, a post which she still holds today. Since 2003 she has held the post of assistant spokesperson for the CiU Municipal Group on Barcelona City Council.