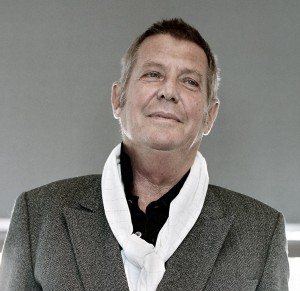 Wolf D. Prix is the Co-founder, Design Principal and CEO of the Viennese architectural firm COOP HIMMELB(L)AU. He studied architecture at the Vienna University of Technology, the Architectural Association of London as well as at the Southern California Institute of Architecture (SCI-Arc) in Los Angeles.

Amongst others, Wolf D. Prix is a member of the Österreichische Bundeskammer der Architekten und Ingenieurkonsulenten, the Bund Deutscher Architekten, Germany (BDA), the Royal Institute of British Architects (RIBA), the Architectural Association Santa Clara, Cuba, as well as Fellow of the American Institute of Architecture (FAIA).

Wolf D. Prix received numerous awards including the Great Austrian State Award and the Austrian Decoration of Honor for Science and Art. He is permanent member of the Austrian Art Senate and the European Academy of Sciences and Arts.

COOP HIMMELB(L)AU has designed spectacular architectural projects worldwide. Examples include the new European Central Bank in Frankfurt (2014), the Musée des Confluences in Lyon (2014) the Wienerberg City social housing complex (2004) and the Gasometer B project in Vienna (2001) and the ‘Energy Roof’ in Perugia/Italy.