100th Anniversary of WWI – How Young Europeans Learn about their History 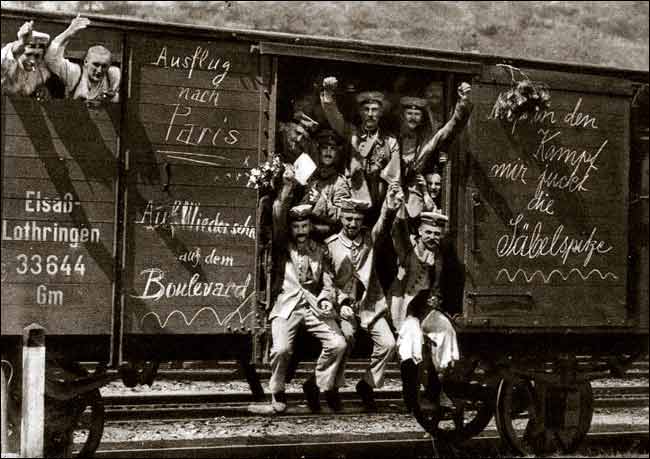 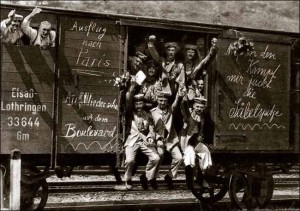 This picture was taken shortly after the war had begun. German soldiers heading to the western front were excited about the war. They expected to come back home with victory just before Christmas. Source: PD-AUTHOR@Wikicommons/ CC-Zero

On 3rd August, 1914, Germany declared war on France, marking the beginning of the First World World. For Europeans of that generation, the experience was firsthand: they might have friends and families that were killed or wounded in the war, and their livelihood was badly affected. None of them would ever forget WWI. But today when that generation is gone, is it still possible for European youngsters to call back the memories of WWI and learn something from this painful chapter of history?

For a summary of WWI, watch the following video:

For oral history of WWI veterans (the last veteran passed away in 2012), watch this: