11/11: A day of enormous significance for Europe 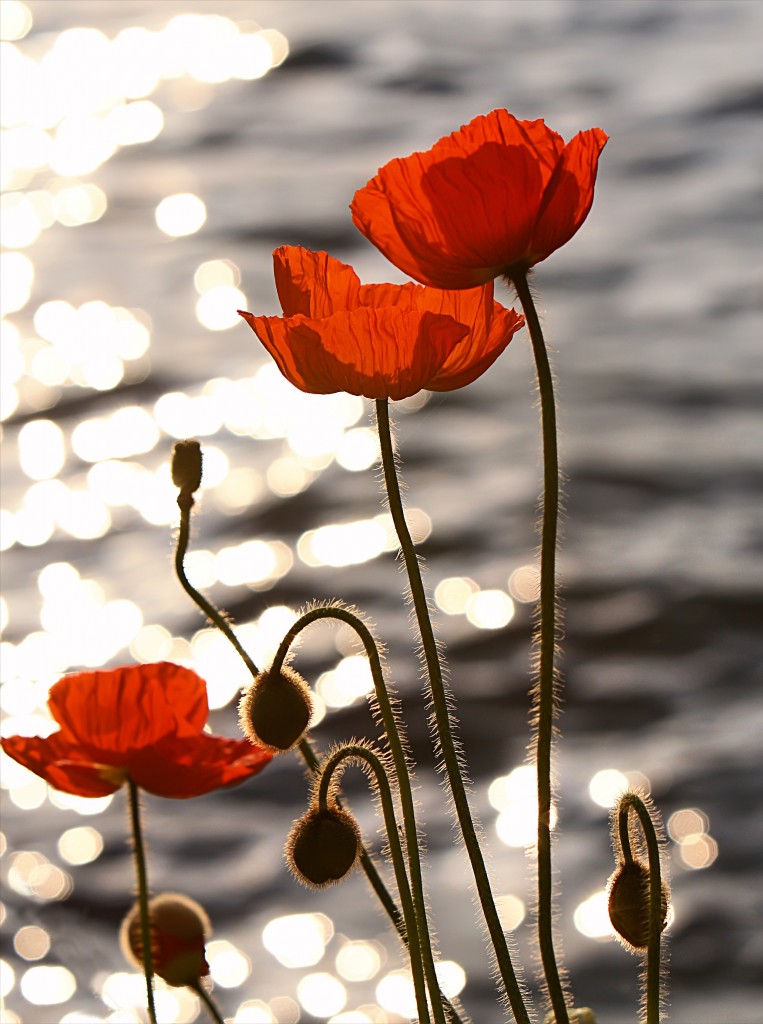 At the eleventh hour of the eleventh day of the eleventh month every year, many parts of Europe, and around the world, remember the fallen of past wars. Most dedicate this day for remembrance, and for commemorating the making of peace through armistice at the end of the first world war in 1918. 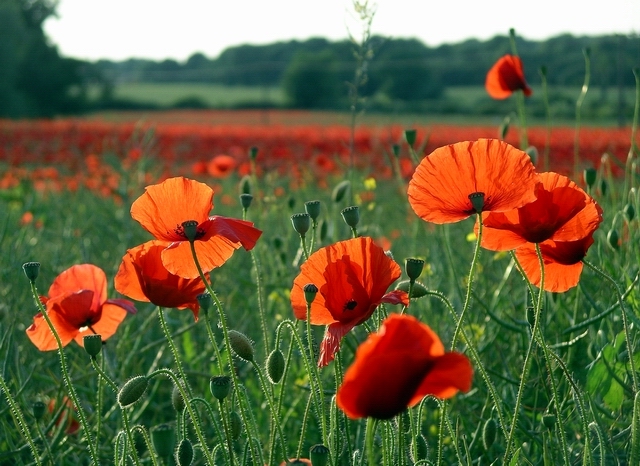 This year, 2014, is one that has particular significance as it marks the centenary of the beginning of the first ever world war in mankind, in addition to 70 years since the D-Day landings in Normandy, France.

Europe’s present is defined by its history, and the way the past is commemorated (or ignored) often says something about the present.

Let us have a look at what takes place in various countries in Europe that make this day and hour such a special one.

Paper poppies are commonly seen across the UK

How a poppy is worn

In the UK, as November arrives, red poppies are widely worn to remember the war dead. The red poppy symbolises veterans, and the poppy that is used as a symbol to mark the dead comes from a famous poem by John McCrae entitled “In Flanders Field”:

In Flanders Fields the poppies blow
Between the crosses row on row,
That mark our place; and in the sky
The larks, still bravely singing, fly
Scarce heard amid the guns below.

We are the Dead. Short days ago
We lived, felt dawn, saw sunset glow,
Loved and were loved, and now we lie
In Flanders fields.

Take up our quarrel with the foe:
To you from failing hands we throw
The torch; be yours to hold it high.
If ye break faith with us who die
We shall not sleep, though poppies grow
In Flanders fields.

McCrae was a Canadian doctor treating the wounded at Ypres, Belgium. Observing the tragedy, he wrote his grief about the war in his poem. Noticing the red poppies, common in France and Belgium, blooming in ditches near the horrible battlefield, he incorporated poppy symbolism into his poem.

A minute’s silence is normally observed amongst the British people at 11am on the day, as that marks the time (in the UK) when the armistice became effective. In fact, this is not just a British tradition but one that is followed across all of its Commonwealth Countries (for example Australia, New Zealand, South Africa, Canada etc. whose soldiers fought for the UK in great numbers.) Across these countries, a service of remembrance is held, generally including the sounding of the “Last Post” before the period of silence and “Reveille” after it. 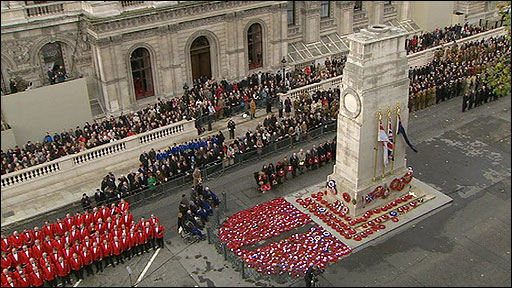 Remembrance Service at the Cenotaph in London

This year saw the UK building an art installation featuring 888,246 ceramic poppies outside one of the most well-known landmarks of London, the Tower of London. They have been planted since July this year by people including members of the Royal Family, and each ceramic poppy represents the life of a British or colonial soldier who died fighting in the Great War, which puts an even heavier meaning and emotional quality towards the commemoration.

Poppies outside the Tower of London, November 2014


A drone’s view of the Tower of London poppy field

Hong Kong, although not a Commonwealth nation, continues to hold a memorial service in front of the cenotaph in Central, resembling those in other Commonwealth countries.

FRANCE AND BELGIUM
Many rites and rituals are held at the great French and Belgian battlefields, the most notable ones in the “Western fronts” including Verdun, Normandy, Ypres and Somme. Each solemn ceremony may be slightly different. Soldiers dressed in formal military attire may march in parade formation. Only a handful of French World War I veterans remain alive, and since many of these men are into their late nineties or older, few participate. Veterans that fought in other wars, such as World War II, may participate as well.

Armistice Day is one of the most important military commemorations in France, since it was a major French victory and the French paid a heavy price in blood to achieve it. The First World War was considered in France as the “Great Patriotic War”. Almost all French villages feature memorials dedicated to those fallen during the conflict. In France the blue cornflower (Bleuet de France) is used symbolically rather than the poppy, and the minute’s silence is also held as in the UK.

Today, Armistice Day is a national holiday in France. Usually the day is spent in the company of family and friends so that one may remember the connection with the past. Many French families reminisce about members who served in France’s wars. Photo albums may be passed around, memorabilia shared, or elderly relatives pressed to recount tales of their service. A field of poppies

GERMANY
To many Germans, the end of the war is associated with November 9th, the day when Kaiser Wilhelm II abdicated. The day is regarded as a German “day of destiny” for several other reasons, both positive and negative. November 9th was the night of Kristallnacht, the Nazi pogrom of 1938 that presaged the Holocaust of the Jews. And November 9th was also the night the Berlin Wall came down, leading to the eventual downfall of the Communist bloc.

Read more about the fall of the Berlin Wall

POLAND
For Poland, 11th of November is not just a day of commemoration but the nation’s Independence Day. The end of the First World War allowed Polish people to regain the freedom and unity of their country after 123 years of partition by the Russian Empire, the Kingdom of Prussia and the Habsburg Empire. Major events include laying flowers on the Tomb of the Unknown Soldier by members of the government and highest authorities, other public ceremonies and church services and school celebrations. Tomb of the unnamed soldier, Warsaw

Read more about the centenary of the First World War