Home  /  EU News, EU News  /  Others  /  European Space Agency’s Philae is the first craft in mankind to land on Comet, a historic moment for space exploration

European Space Agency’s Philae is the first craft in mankind to land on Comet, a historic moment for space exploration 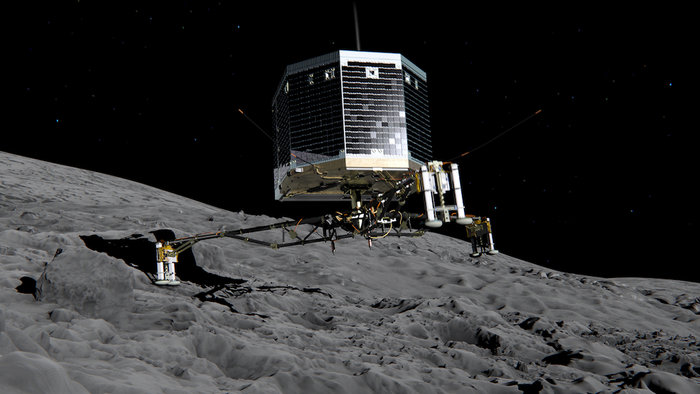 After 20 years of hard work and one nerve-wracking night, ESA’s Rosetta mission has made history by making a soft-landing on the surface of a comet, the first time in history that such an extraordinary feat has been achieved. 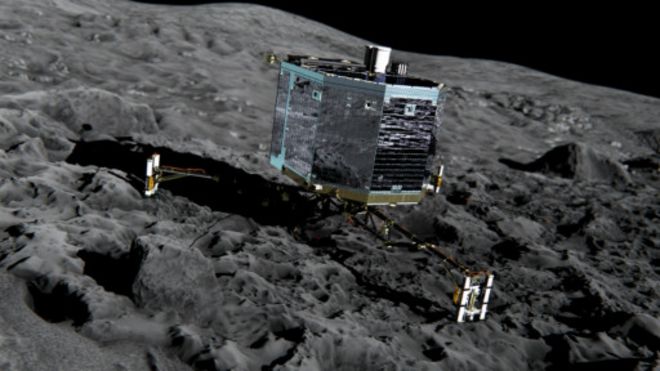 The lander “Philae” was confirmed to touch down on the surface of the comet more than 300 million miles away at 16:03 Greenwich Mean Time on the 12th November.

There were cheers, hugs and handshakes when other signals suggested the touch down was safe and successful. Jean-Jacques Dordain, the Director General of European Space Agency said: “This is a major step forwards for human civilisation”.

Tensions were high in the European Space Agency’s German mission control centre, especially as the landing window approached. Because the comet that Philae landed on is so far from Earth, there’s a communications delay of 28 minutes. So as the minutes ticked by, the Rosetta team knew that Philae had already either landed or failed — and there was nothing they could do but wait for the data to reach them.

It’s no easy feat to land on a comet’s surface: These chunks of rock and ice are constantly spinning, and Comet 67P/Churyumov-Gerasimenko, which was discovered in 1969, orbits the sun at a speed of about 85,000 mph. It’s irregularly shaped and its surface is uneven and pitted.

Weighing around 100kg with a size similar to that of a washing-machine, the last leg of Philae’s landing has not been without its bumps. Even as the mission approached its most critical moment, controllers at the European Space Agency on Tuesday night reported a problem with the thruster on the lander that could make for a rough landing. The gravity of the problem — and the extent to which it threatened the mission — remained unknown. Luckily, the probe’s sensors detected a soft landing. But mission control hasn’t gotten confirmation that the probe’s harpoons deployed.

Now, scientists expect it to send a panoramic image home and begin analyzing the comet for scientists back on Earth. The comet contains the materials that originally formed our solar system, frozen in time. By digging them out, we can learn more about the origins of our planet. The Rosetta spacecraft has made invaluable observations about the comet’s attributes, and it will continue to do so as it follows it around the sun for the next year. But Philae will be able to look more closely at the comet’s physical and molecular composition.

No matter what, Rosetta will continue to trail the targeted comet as it orbits the sun this year, no doubt giving scientists unprecedented insight into its composition. Let us look forward to the new discoveries in the coming months and years! 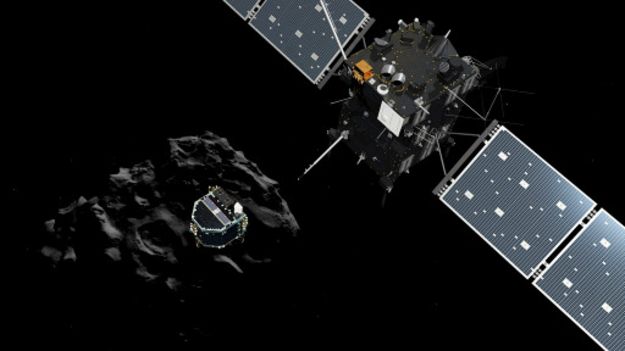 Earlier, Philae detached from mother ship Rosetta, in preparation of its mission of landing on a comet for the first time in human history