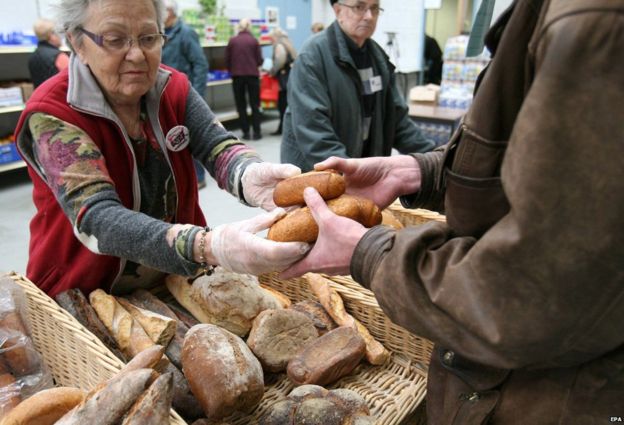 France plans to introduce a law that bans supermarkets from destroying unsold food, and obliges them to give it to charity. However, this is irritating retailers who say they already make a big effort to fight waste. So what is the debate and issue about? 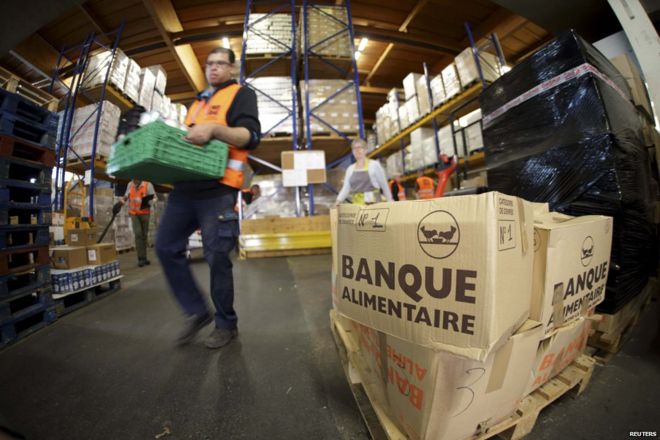 Under this new French law, stores of more than 400 square metres would have until July 2016 to sign contracts with charities or food banks, and to start giving them unsold produce.

This initially began with media campaign run by a young French politician, Arash Derambarsh, who says he was outraged by the sight of homeless people last winter scrambling in supermarket bins. As local councillor in a Paris suburb, Derambarsh began his campaign by collecting the unsold food and handing it out to the needy. He then launched an online petition, which helped create momentum for the new law. 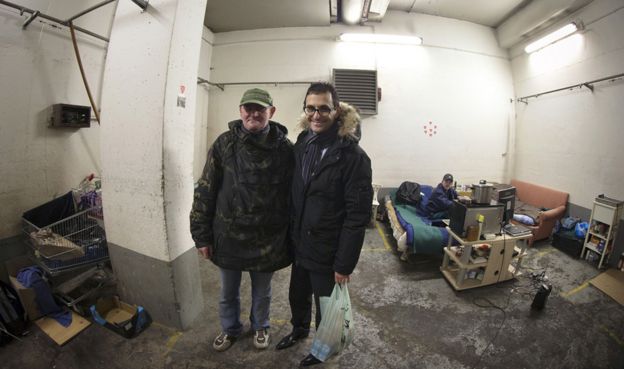 Arash Derambarsh with a homeless Polish man in Courbevoie, a suburb in Paris

While broadly welcoming the idea, charities are also wary about ending up with more food than they can handle. “This had better not translate into a poisoned chalice,” says Olivier Berthe, president of the Restos du Coeur (Restaurants of the Heart) charity. “We cannot be made to accept donations we do not need. We cannot become rubbish dumps.”

Restos du Cœur is one of the most well-known charities in France, distributing food packages and hot meals to the needy since 1985.

Jacques Bailet, president of the French Federation of Food Banks (FFBA), also says there is a risk charities will not be able to cope. “Our food banks are going to need more staff, more lorries, more refrigerated rooms. But to get all that, we will need money – and money is pretty scarce these days,” he says. The FFBA already collects 35% of its donations from supermarkets, and Bailet praises retailers for their co-operation. 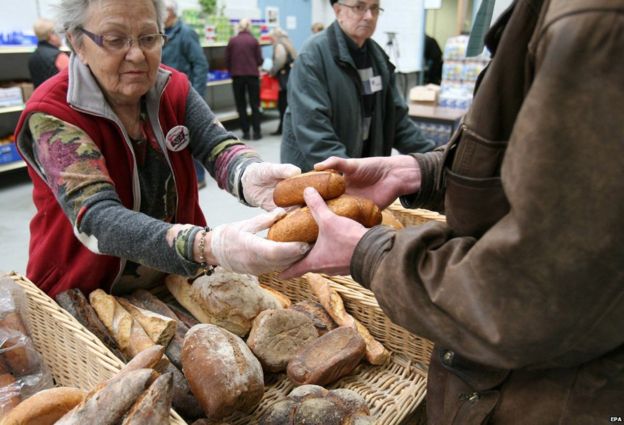 The supermarkets themselves, meanwhile, feel aggrieved at being portrayed as food wasters. “It is wrong to point the finger at the big supermarkets when we represent just 5% of food waste in France. In fact we are exemplary – with 4,500 stores having already signed contracts with associations,” says Jacques Creyssel of the Federation for Commerce and Retail. 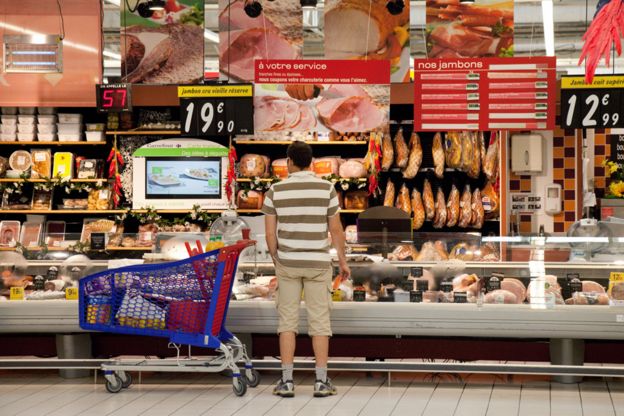 In France, 7.1m tonnes of food wasted each year, according to the Ministry of Ecology. 67% is wasted by consumers themselves, and another 15% by restaurants, while shops and distributors waste 11% of the total. 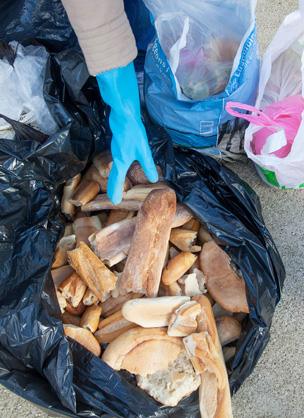 Pressure groups, recycling commandos and direct action foraging movements have been highlighting the issue of waste in France. Members of the Gars’pilleurs, an action group founded in Lyon, don gardening gloves to remove food from supermarket bins at night and redistribute it on the streets the next morning to raise awareness about waste, poverty and food distribution. 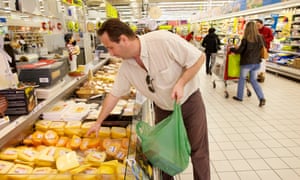 According to official estimates, the average French person throws out 20kg-30kg of food a year – 7kg of which is still in its wrapping.

However, the law proposed had a setback as it was rejected on technicality, having checked by France’s Constitutional Council on whether new legislation is constitutional and if the correct procedures have been followed.

Despite this, there has been success on the French petition, and Derambarsh has a new online petition circulating throughout the European Union. The hope is to get one million signatures from at least seven countries, which would be sufficient to launch what is known as a European Citizens’ Initiative – an official appeal to the European Commission to start legislation across the EU to ban supermarket waste.

At present the petition has just over 630,000 supporters. If it reaches the million mark, the Commission must consider the initiative – then it could consider whether to take action or not.

WRAP (Waste & Resources Action Programme) was established in 2000 as an independent not-for-profit company limited by guarantee. It receives funding from the Department for Environment, Food and Rural Affairs, the Northern Ireland Executive, Zero Waste Scotland, the Welsh Government and the European Union.

WRAP works with businesses, individuals and communities to achieve a circular economy through helping them reduce waste, develop sustainable products and use resources in an efficient way.

It is also the lead organisation in an EU project called FUSIONS (Food Use for Social Innovation by Optimising Waste Prevention Strategies). This project is aiming to achieve a more resource- efficient Europe by significantly reducing food waste. There are 21 project partners in 13 countries.  It carries out feasibility studies along with various networks across Europe to test and evaluate how social innovations can help reduce food waste.

To learn more about the initiative and what they do precisely, watch this video:

So, in your view, what precise measures would you propose to the Hong Kong government to reduce food waste, and how should we distribute food more equally to those in need?