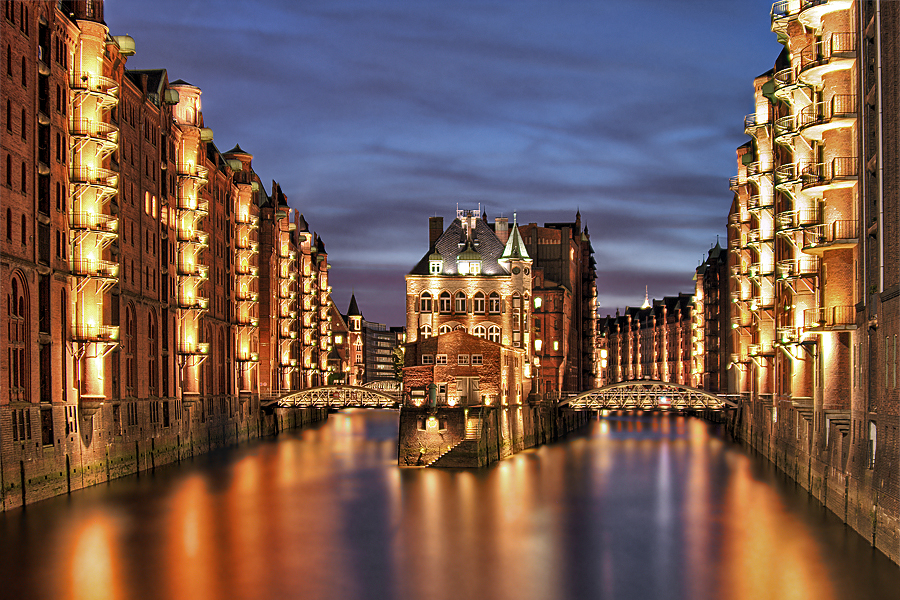 Throughout October, November and December, The European Union Academic Programme Hong Kong will be hosting its new 2015-16 series on “Urban Innovations“, and this time, the city will be HAMBURG in Germany! To coincide with an exhibition and events which are now into their second week, we have especially prepared this introduction of the city for you as a taster, and we would highly welcome and encourage you to come and take a look at the exhibition yourself over these two months in City Gallery, Central.

The exhibition is currently taking place at City Gallery, Central until 15 Dec 2015

It is not the first time we have mentioned Hamburg on EU Look, and it certainly will not be the last either! Hamburg is an extremely significant city in Europe that has a unique standing, known for its quality of life, and especially when it comes to being a Green City. It is Germany’s second-largest city with 1.8 million inhabitants (5 million in the Greater Hamburg Metropolitan Region).

A 3-minute video introducing to you the city of Hamburg

According to Eurostat data, its GDP of roughly 50,000 € per capita makes it the third-wealthiest region in the European Union, after Inner London and Luxembourg. The city’s prosperity has been based traditionally on strong manufacturing industries and its port. In fact, the port of Hamburg itself continues to be Europe’s second largest after Rotterdam in the Netherlands. While maintaining its industrial base, Hamburg today also has a strong service sector, especially in logistics, transport and ancillary services, commerce, ICT, media and tourism.

The Port of Hamburg

In 2011, Hamburg became the European Green Capital*, a title awarded annually by the European Commission for European leadership in environmental governance. The title committed Hamburg to ‘sharing its experiences and best practices and serving as a role model to inspire other cities within the field of sustainable urban development’. The Siemens Green City Index 2014, based on comprehensive data gathered by the Economist Intelligence Unit in over 120 cities worldwide, ranks Hamburg as exemplary and well above average in most assessment categories. *The European Union Capital is an award given annually by the European Union to a city with a consistent record of achieving high environmental standards and commitment to ambitious goals.  European Green Capitals serve as urban role models, meant to inspire others and stimualte dialogue among cities.

In terms of culture, Hamburg is a hugely inclusive city. People from different cultures form the community of Hamburg, where population growth until 2030 will be based primarily on domestic migration of younger people from other parts of Germany, as well as on international migration. The diversity of lifestyles, circumstances and aspirations are rising, and will continue to do so in the coming years. Hamburg City from above

Hamburg has a flourishing arts and cultural scene. The city is the world’s third largest musical metropolis after New York and London, along with numerous theatres, museums and galleries that make Hamburg a cultural gem. Also well-known is the Kunstmeile (art mile) that Hamburg has to offer. Close to the main railway station, in the centre of the city, Hamburg’s Kunstmeile is an association of five renowned art institutions that is characteristic of the city’s high regard for art and culture.

The “Kunsthalle” or Art Gallery of Hamburg

As for architecture, Hamburg has arguably one of Europe’s most beautiful metropolitan areas.  It shares many characteristics with Hong Kong: both are global gateways of trade, finance, logistics and communications, transport hubs and cosmopolitan centres.  Visitors to Hamburg can see for themselves the city’s exciting contrasts, and a blend of traditionalism with modernism. Post-modern glass and steel façades, the patrician mansions of past centuries, entire rows of elegant Jugendstil buildings, neighbourhoods with late 19th century “Wilheminian” architecture, baroque churches and historic residential districts, not to mention the outstanding individual structures, all contribute to the cityscape of Hamburg, and Hamburg uses its great maritime potential to create an identity and a special quality in terms of practical functions, and revitalisation for residential, work and public purposes.

Hamburg also has a set of visions on the benchmark for future growth of an inclusive city. It is to enable all citizens to remain in the city and enjoy a good quality of life, while everyone should be able to participate in public life and make full use of the city’s opportunities – a precondition for tolerance, mutual understanding and solidarity within the urban community. This will enable collective creativity and help the city adjust to future demands. The Education sector too is vital for citizens to embrace their personal skills in a multuicultural urban society. A truly inclusive city is one that designs its public spaces accordingly, with urban life and changing mobility needing new concepts and agreements – and these are aspects which Hamburg has strived for and will continue to work on.

The Hafencity (Habour City) of Hamburg

To find out more, please come and take a look at the Exhibition in City Gallery until 15 December 2015! For further information about the series and registration for the events, please visit: http://euap.hkbu.edu.hk/series 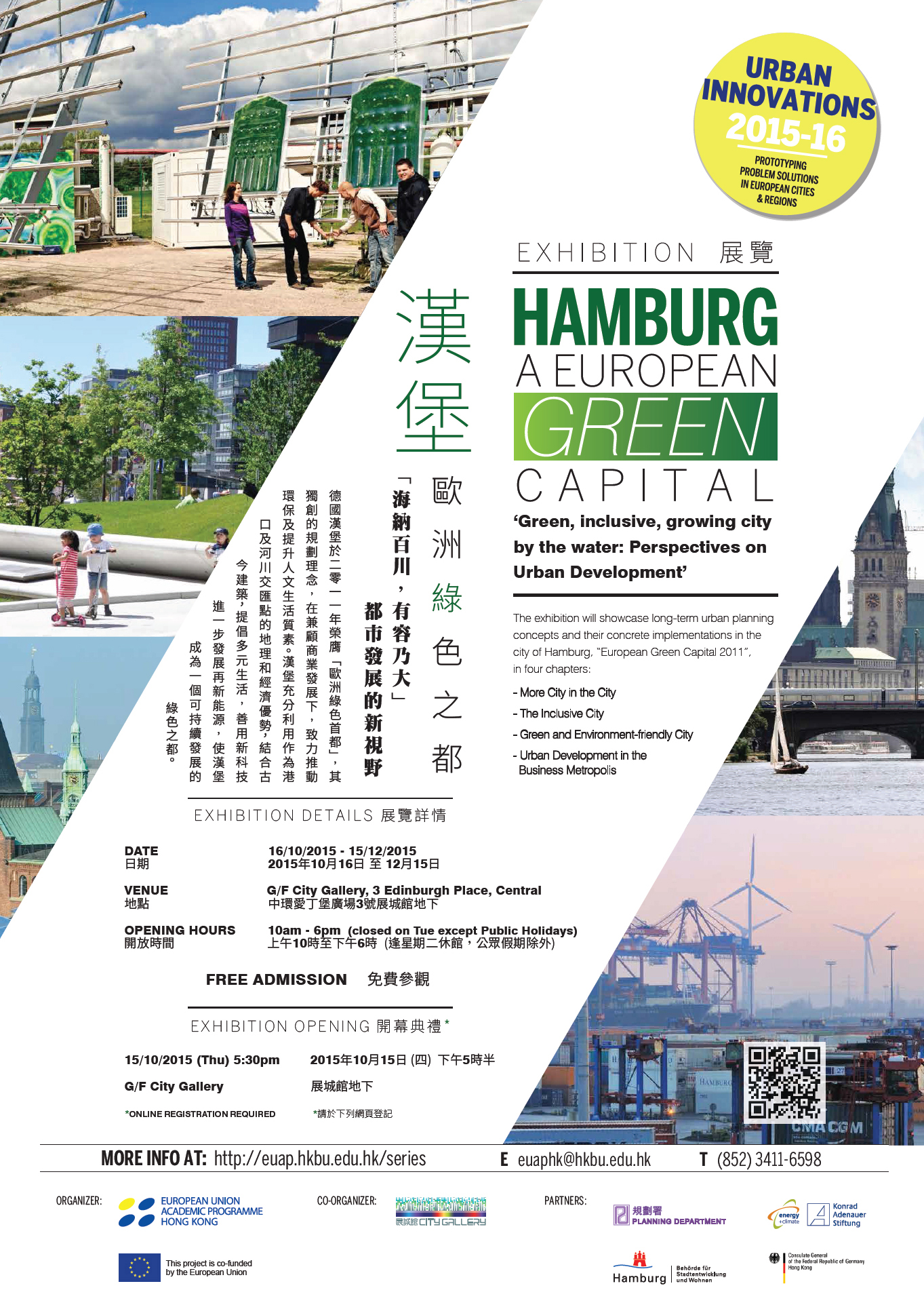