Home  /  Europe and YOU  /  Study in Europe – International Relations 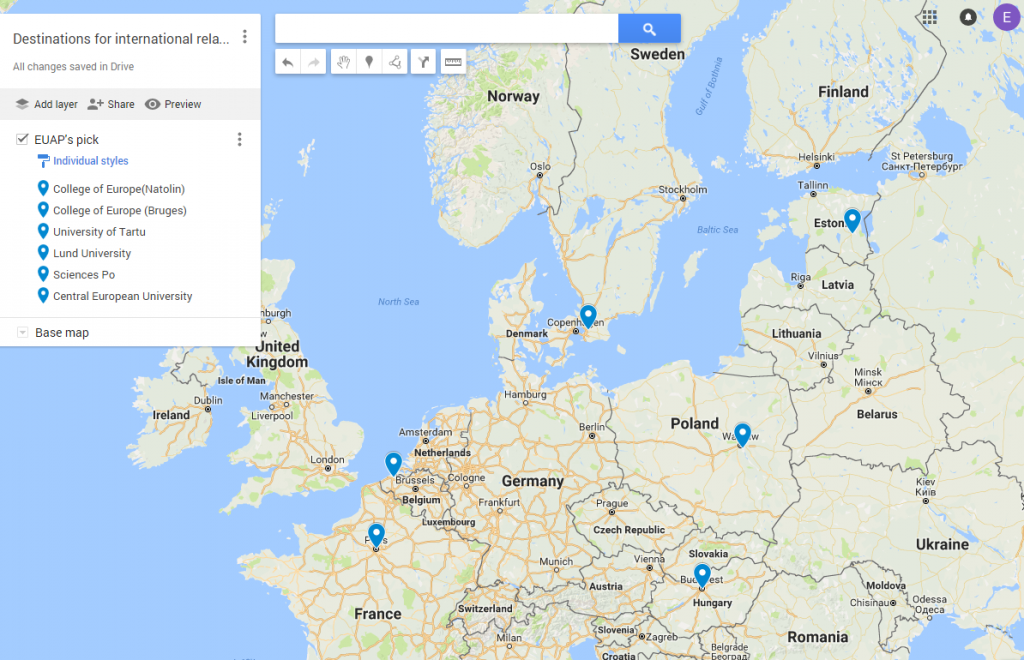 Studying in Europe is more than sharpening your fashion sense in Paris, getting a taste of authentic pizza in Italy, or flourishing your medical expertise in the Nordic medicine industry. Instead, in the wake of Brexit negotiations and Donald Trump’s presidency in 2017, Europe will become an exciting destination for you to study international relations.

We would like to introduce you a list of European universities which are prestigious in their international relations departments, namely the College of Europe, The Paris School of International Affairs (Science Po), Central European University, University of Tartu, and Lund University. 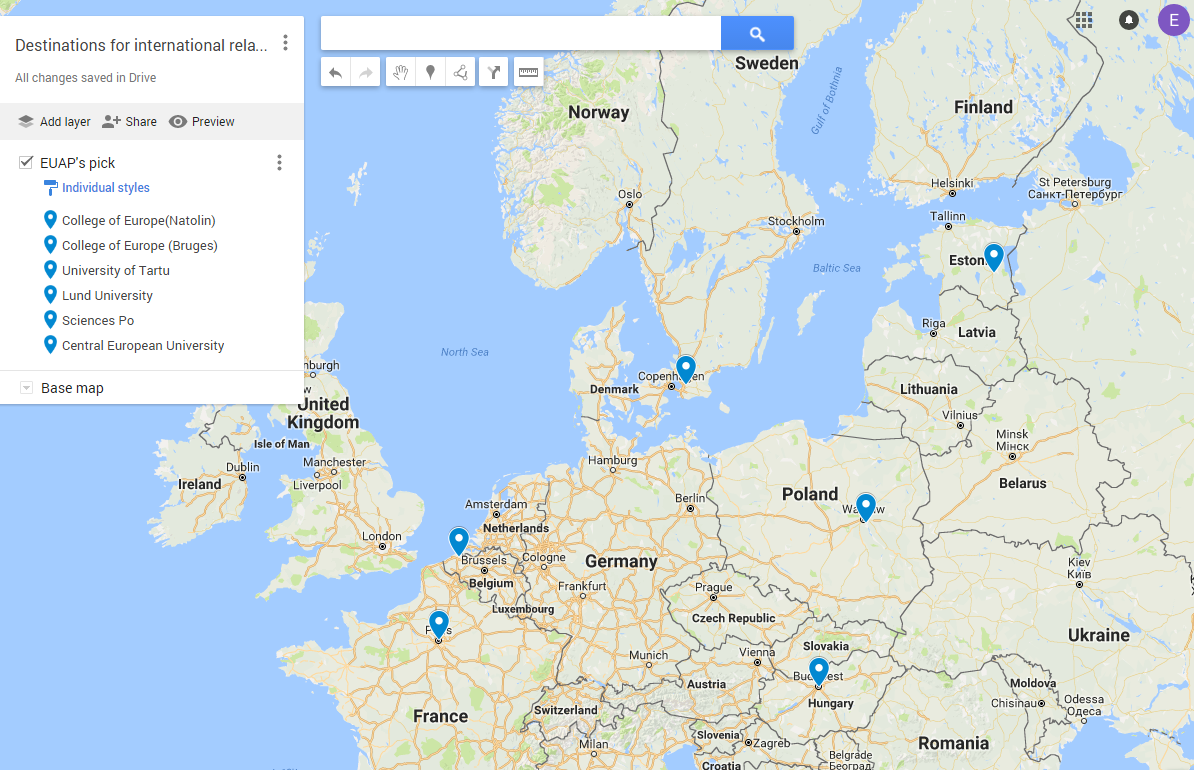 1) College of Europe (Burges, Belgium & Warsaw, Poland)
Founded in 1949, the College of Europe is located in the Belgian city Bruges and the Polish capital Warsaw, offering Advanced Master degrees for a 10-month study from September to June. With 70% of its students receiving scholarships from their government, public or private institutions, the College takes in 400 postgraduates from over 55 countries. While the working languages are English and French, the teaching staffs remain international—with 230 professors and practitioners from over 20 nationalities.

The highlight of this university is the Johan Skytte Institute of Political Studies, a political science institute which offers four Master of Arts programmes including Baltic Sea Region Studies, Democracy and Governance, European Union – Russia Studies, and International Relations and Regional Studies.

Located in the southern part of Sweden, Lund University is ranked 78th out of the top 100 universities around the world with an emphasis on research and innovation. The university provides education and research in eight faculties along with specialized research centers. It also offers European Studies (Master of Arts), European Affairs (Master of Science), European Business Law and European and International Tax Law. Among the European programmes offered by the Swedish university, the European Affairs programme provides a ten-week internship opportunity for the students who enrolled the course to work at the European Commission and Brussels-based institutes which involve in consultation and lobbying activities.

The city of Lund is one of the oldest Swedish cities since 990, and it is located less than one hour away from the Danish capital Copenhagen, the largest city in northern Europe.

Central European University (CEU) is a graduate institution in Budapest, the capital of Hungary. It was founded in 1991, the time when the Soviet Union collapsed.

The institution offers courses in social science, humanities, law, management and public policy. The courses offered by the Department of international relations give insights on the European Union as a global actor. The department offers one-year Master of Arts(MA) programme for undergraduates who have finished a four-year programme and two-year MA programme for undergraduates who have finished a three-year programme in International Relations. The former belongs to a track system which students have to take two tracks including European Studies, International Relations or International Political Economy in one semester. After graduation, students will gain knowledge from all of the aforementioned tracks. The two-year course combines rigorous theoretical and methodological academic training in courses including Comparative European Politics and the Political Economy of the EU.

On a side note, the CEU aims at promoting open society by encouraging civic engagement. The engagement process includes the “Human RightS Initiative” which promotes awareness on human rights issues and Open Learning Initiative which offers refugees and asylum-seekers in Hungary weekend courses.

The PSIA offers 9 master’s programs, 10 international dual degrees along with 23 concentrations. Among all the master’s programs offered, the Master in Human Rights and Humanitarian Action is the most notable one, as it provides students with a mix of various social science approaches including philosophy, history, sociology and anthropology to shed light on humanitarianism and human rights.