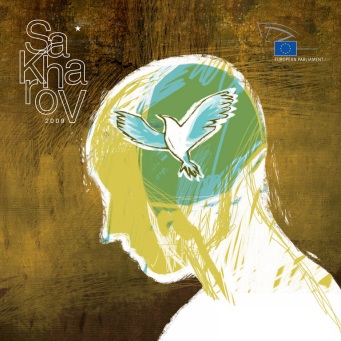 To some, human rights are something abstract because their basic rights have been protected by law, and human rights have long become part of their daily lives. To others, however, human rights are something concrete because they are not yet available and people have to use all their strength to fight for their basic rights. This entry will use the Sakharov Prize for Freedom of Thought as a starting point for discussion. Two award recipients, Ju Wia（胡佳） from China and Malala Yousafzai from Pakistan, will be presented below as case studies.

What are human rights?

Before going through the Sakharov Prize, let’s understand what human rights are.

Sakharov Prize for Freedom of Thought

The Sakharov Prize for Freedom of Thought is a prize awarded every year by the European Parliament to the most outstanding human rights activist of that year. The prize was named after Andrei Sakharov, a Russian scientist and a political dissent in the Soviet Union, who advocated disarmament and in turn received the Nobel Peace Prize in 1975. Not long after, he was under house arrest for six years because of his public protest against the Soviet invasion of Afghanistan. The European Parliament set up the Sakharov Prize in 1988. The first recipient is Nelson Mandela.

The following video shows all the prize recipients (until 2012). Do you know them all?

Hu Jia is a well-known human rights activist in mainland China. For years, he has been advocating environmental protection, aids care and democracy. In 2008, he was arrested and sent to prison by the Chinese government for committing the crime of “inciting subversion to state authority”. In the same year, the European Parliament announced him as the recipient of the Sakharov Prize. After his release in 2011, he has been frequently under police surveillance and house arrest.

When Malala received the Sakharov Prize in 2013, she was just 16 years old! At the age of eleven, the town where she lived was under the control of Taliban, an Islamic fundamentalist group, which suppresses the rights of women receiving proper education. To let the world know better about the deteriorating situation of schoolgirls under the rule of Taliban, Malala began anonymously writing blog entries for BBC. Her identity was later revealed in a New York Times documentary. Though she received verbal threats from Taliban afterwards, Malala became even more outspoken about female education. Her frame grew so was Taliban’s hatred against her. On 9th September, 2012, she was shot by a Taliban gunman on her way back home. Many hospitals all over the world soon offered their help, giving Malala the chance of receiving the best medical treatment. After her recovery, she and her family now reside in the UK. She hopes to come back to Pakistan after her studies to fight for more rights for her fellows.