The HK-EU School e-Learning Project “Green Living and Sustainability in the Community” 2017 was successfully held between February and July 2017. The eight-week e-Learning project brought secondary school students from Hong Kong and European cities together to create new ideas contributing to envision a more sustainable community. This year, three awards will be given to winners to recognize their achievement.

Through their daily observations, the Hong Kong students found out that many people in Hong Kong are willing to pay higher for organic food. In the meantime, several reports have shown that some fruits labelled organic are not up to local and international standards. This concern is shared by the Dutch society where people have no clue on the production process of the organic food. The group suggested that both Hong Kong and the Netherlands can promote the labeling system which helps customers to identify real organic food. The group then suggested simple methods and technology for individuals to test organic food by themselves. 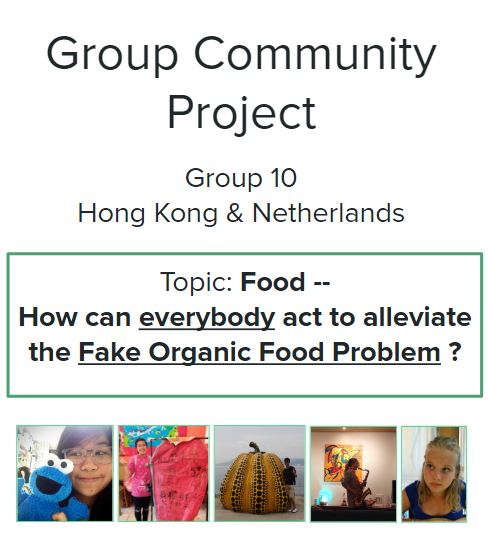 Excerpts of their excellent work: 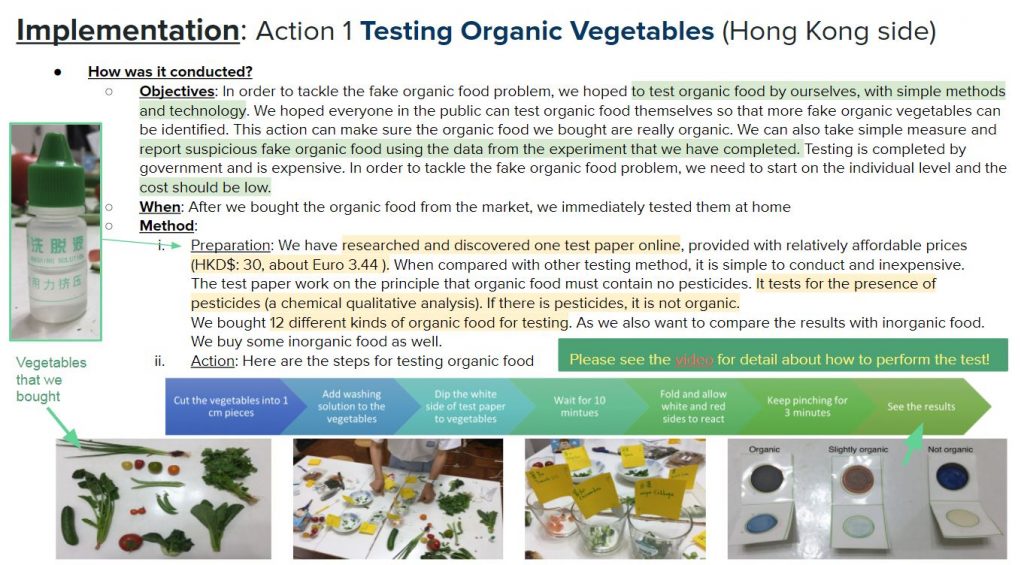 With the generous support from the Hong Kong Economic and Trade Office in Brussels and the Hong Kong Economic and Trade Office in Berlin, the winners will go on a one-week field trip to their partners’ country where the students participate in visits to their partner school, as well as to the green facilities and projects in the city. The students will become “sustainability ambassadors”, and continue the idea exchanges and dialogues upon green living and sustainability in person in Enschede and in Hong Kong.

The e-Learning project was jointly organized by the European Union Academic Programme Hong Kong (EUAP) and the European Studies Programme of the HKBU. Four Hong Kong schools and another four from five cities across three countries in Europe (Germany, the Netherlands, and Spain) took part in this project. In the period between March and June 2017, the project connected over 100 students across communities by way of exchanging ideas, and collaborating through research on topics such as “Plastics & Recycling”, “Fashion: Labour & Toxic Issues”, “City: Urban Life & Green City” and “Food: Production & Consumption”, thus heightening their awareness of sustainability and development.

Project hompage for “Green Living and Sustainability in the Community” 2017