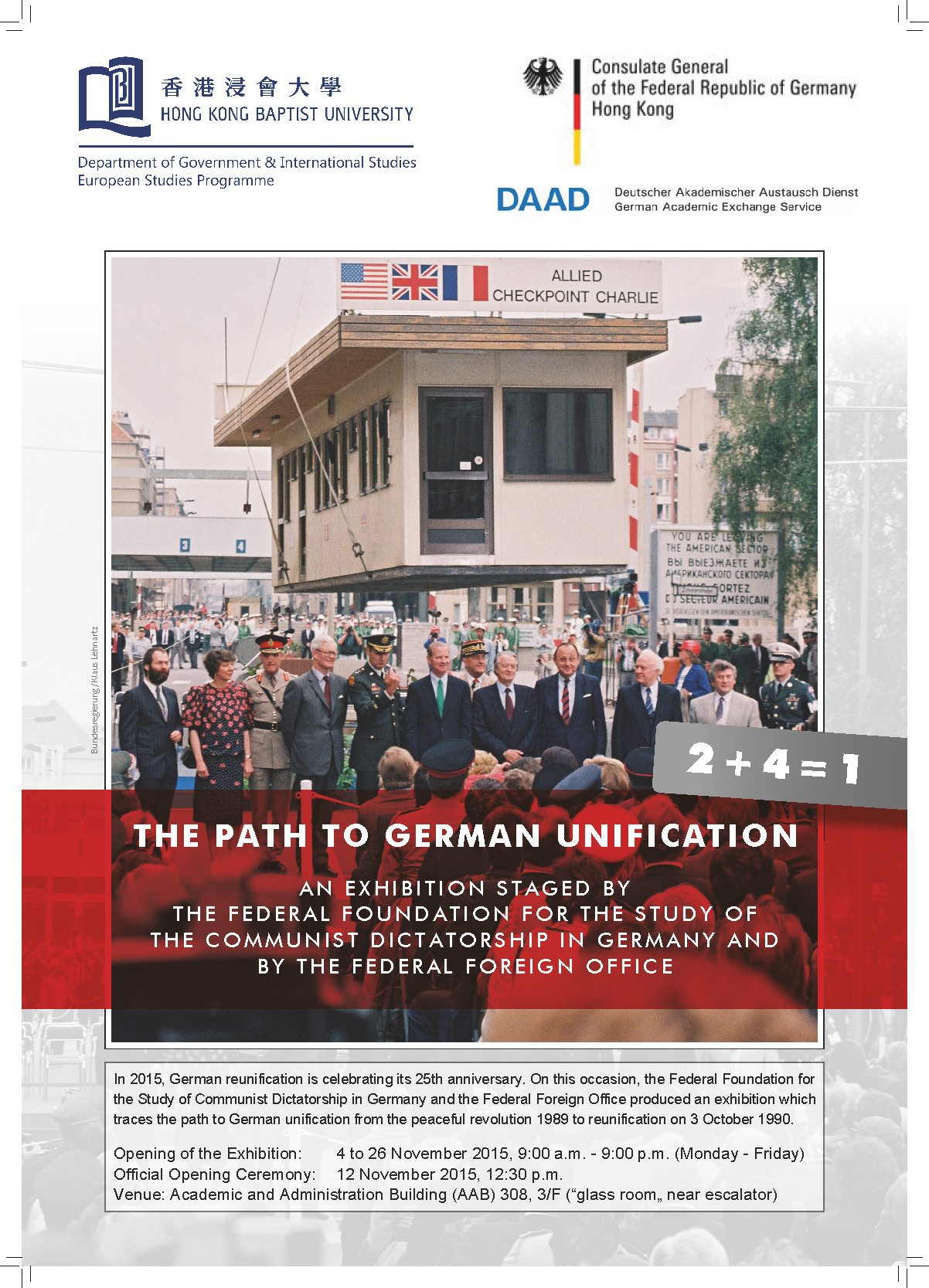 In 2015, German reunification is celebrating its 25th anniversary.  On this occasion, the Federal Foundation for the Study of Communist Dictatorship in Germany and the Federal Foreign Office produced an exhibition which traces the path to German unification from the peaceful revolution 1989 to reunification on 3 October 1990.