Prior to the Asia-Pacific Model European conference in Late May 2018, the Hong Kong edition kicked off in the evening of 28th April at HKBU, in association with European Union in Hong Kong and Macao. The HKMEU started with the welcoming speeches by the honorable guests including Ms. Carmen CANO (Head, European Union Office to Hong Kong and Macao), Dr. Albert Chau ( Vice-President (Teaching and Learning) and Prof. Jean-Pierre Cabestan (Director General of the EUP). This year students from HKBU gathered to discuss the future of Social Europe focusing on the European Pillar of Social Rights sets. 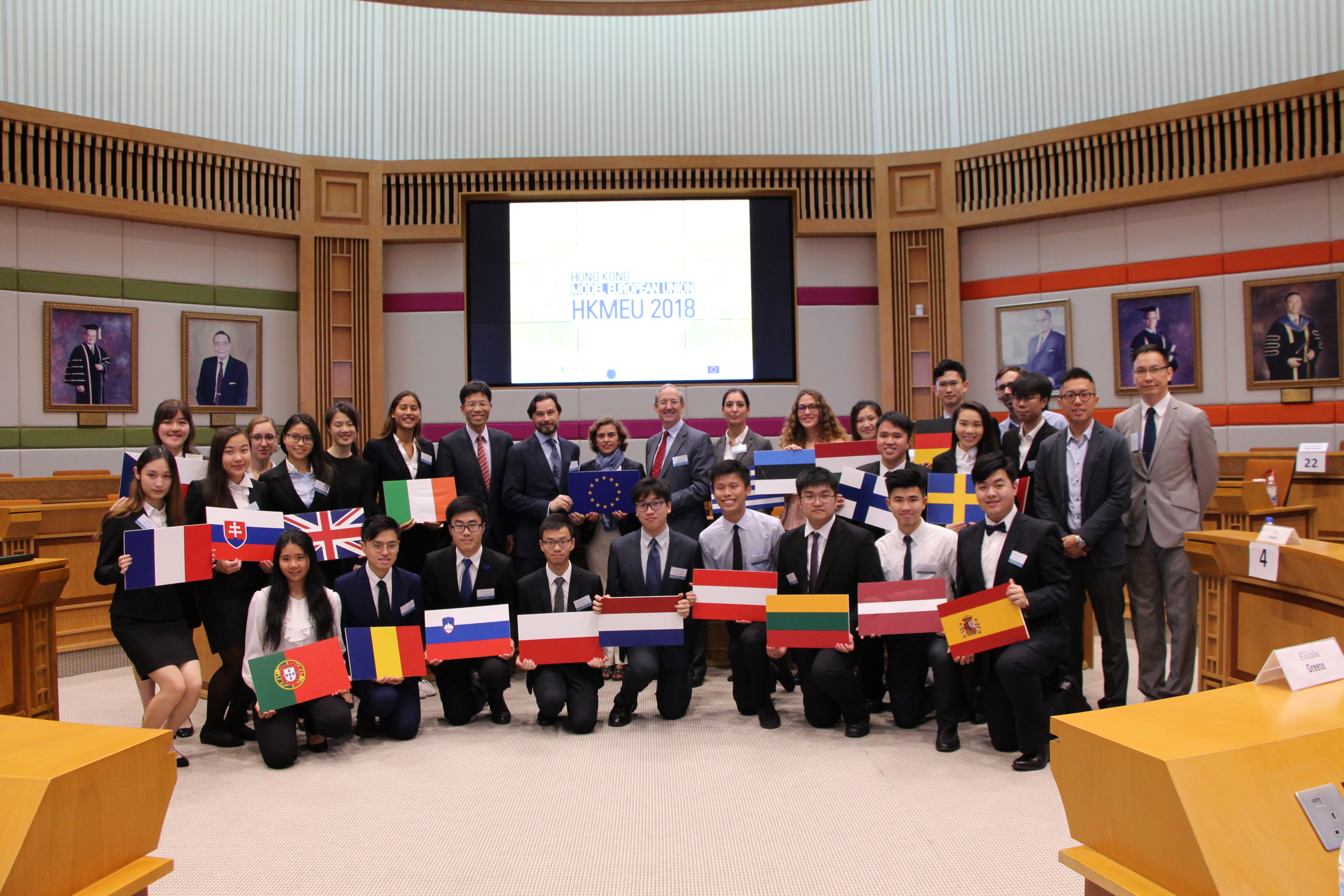 Three awards were given out to the participants with outstanding performance. The awardees are:

Congratulations once again to all the winners!