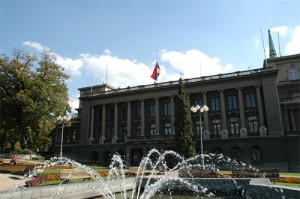 The European Union will begin long-awaited membership talks with Serbia on January 21,2014.

“This is an important step forward for Serbia,” EU enlargement commissioner Stefan Fuele told press after the ministers’ meeting in Brussels on 17 December. “I applaud both prime ministers on remarkable efforts to normalise relations this year, with the facilitation efforts of (EU foreign affairs chief) Catherine Ashton, and I am pleased the Council has acknowledged these efforts,” he added.

Prime Minister Ivica Dačić said on the national RTS TV network that he was proud that this government reached it and described it as an historic event for Serbia.

But the problem remains: Serbia, along with five EU countries, does not recognise Kosovo, which declared independence in 2008. The accession move was delayed in this summer due to the uprising Kosovo-Serb tensions. It’s encouraging that both Kosovar and Serb leaders are working on this issue. In a further sign of reform, ethnic Serbs took part in a local election in northern Kosovo for the first time in November. On this Wednesday, Chancellor Angela Merkel told the Bundestag that “we demanded this summer visible progress in the implementation of the normalisation agreement … We can now say Yes.”

Fuele noted that the EU is also in talks with Kosovo on an association agreement – a precursor to future accession. “I am confident we can conclude these negotiations in spring,” he said.