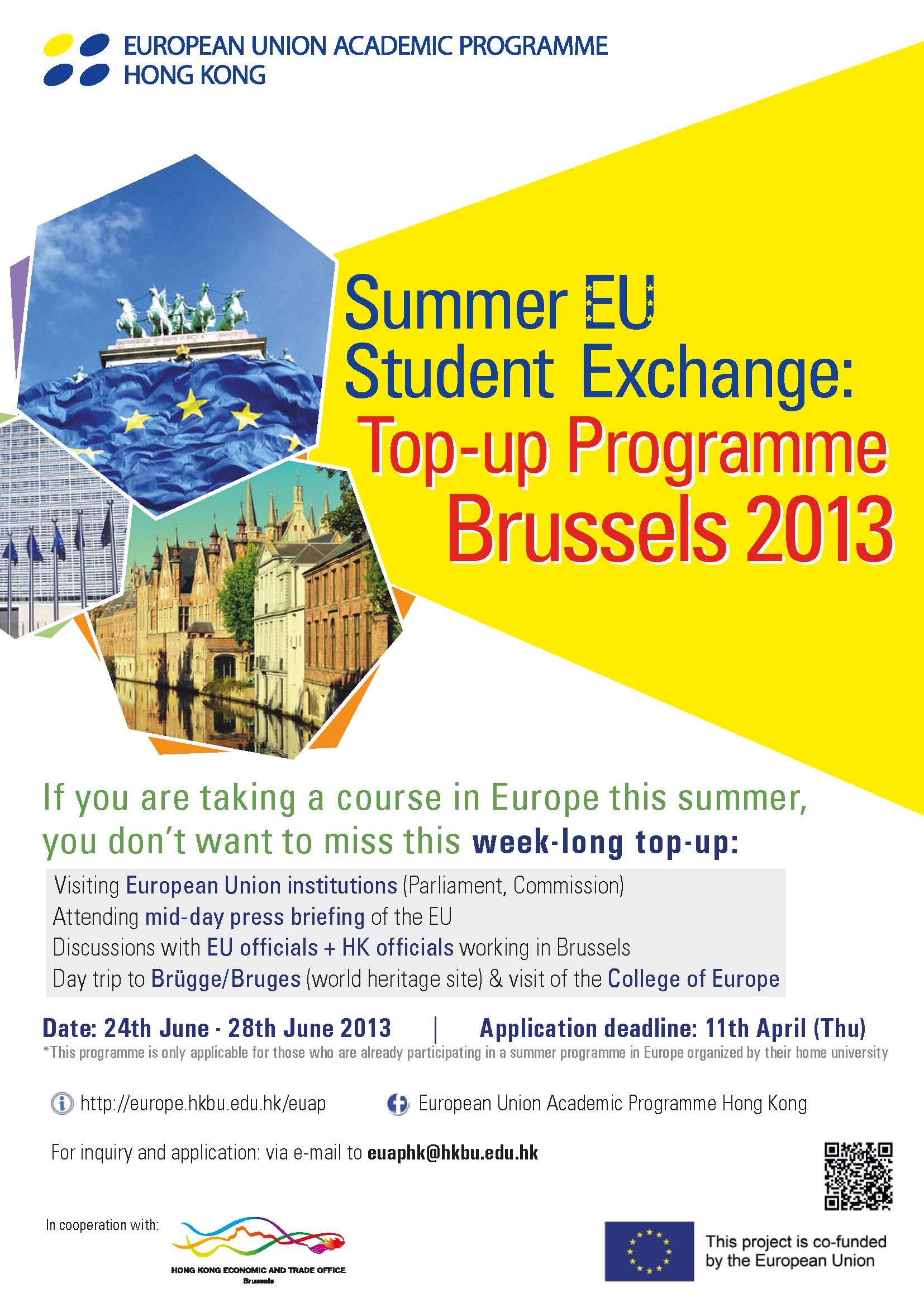 34 students from HKBU, HKU and CUHK have spent a unique summer in Europe this year during their participation of the first EU Top-up summer programme. Although the participants come from different universities and disciplines, they have a common goal to enhance their understanding of the EU.

They stayed in Brussels, the capital of the EU, between 23 June and 28 June to attend different thematic activities about the EU. The top-up summer programme in Brussels is organized by the EUAP Hong Kong with the support of the European Union and the Hong Kong Economic and Trade Office in Brussels. 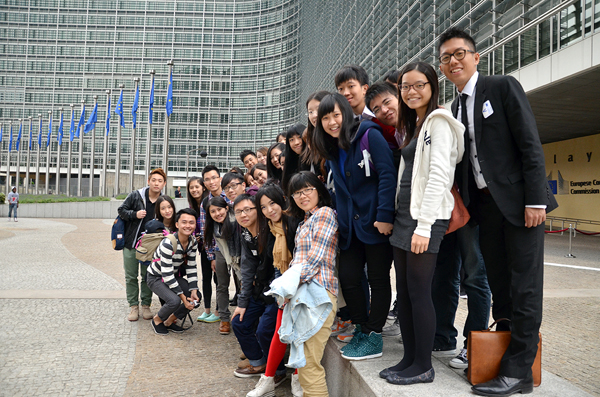 34 Students in front of the headquarter of European Commission, Berlaymont, together with Mr. Martin HO, Programme Coordinator of the EUAP

Seminars in different policy areas including human rights, green energy, European integration, Hong Kong-EU relations, drugs, etc. were held by the EU in order to provide student first-hand information from the EU officials. Discussion with the EU officials is the most extraordinary experience for the students as they can comment on some policies and generate further discussion. The visit at the European Parliament included a presentation of the European Parliament, an EU institution directly elected by the EU citizens and representing their interest, and also a dialogue session with a member of the Parliament. Dialogue session with Mr. Bill Newton Dunn was remarkable, in which he highlighted his works at Parliament since 1979 with our students. His insights on “Organized crime, Corruption and Money Laundering” provided students a reference on how the EU copes with these problems. 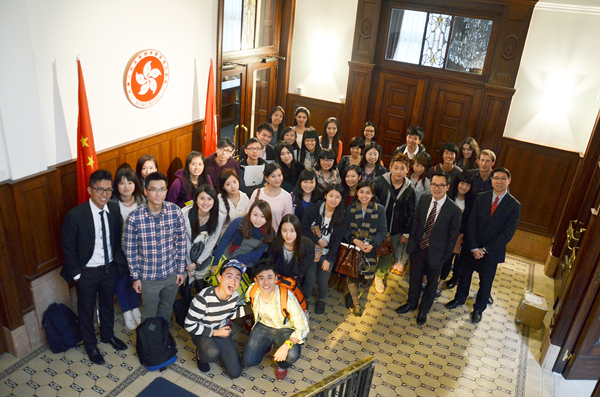 Students found themselves at “home” during their visit at the HKETO with Mr. Eddie Lee, Deputy Representative, & Mr. Jackson Wong, Assistant Representative.

During this 5-day summer programme, students also visited the Hong Kong Economic and Trade Office in Brussels which represents the HKSAR government in the EU. The Deputy Representative, Mr. Eddie Lee, introduced the works and duties of his office and shared his working experience as an oversea HKSAR official.

Besides the EU institutions, students learnt about the academic excellence and its historical background through the visit of one of the EUAP’s academic partners, College of Europe, in Brugge. The College has an extensive reputation in the field of European studies and the training of “an elite of young executives for Europe”. Taking the opportunity of present in Brugge, students also joined the local guided tour to understand more about this world heritage recognized by UNESCO.

Except being the capital of the European Union, Brussels is well-known as one of the important cities in the world of producing chocolate in high quality. Learning the history and the production process of chocolate in Brussels is a good way of experiencing Belgian chocolate culture. A chocolate workshop was then organized for the students at the end of the summer programme.

The participants were divided into groups before the summer programme started. Each group was responsible for one designated topic / issue of the European Union such as human rights, green energy, European integration etc. Each of the groups has done a brief presentation for other groups to familiarize each other some basic concepts of EU and the issues they are facing.

After the trip to Brussels, they have written personal and group reports to share with us both their personal feelings and experiences, on what they have learnt and seen from the visits and presentations on the topic they are assigned to.

Here you can find a few excerpts of their sharing and reports:

“I only knew few things about EU in the past, and most of them were related to financial aspect only, for example, the advantages of using Euro, the ways that European Union helps its members in economic aspects…”

“I have expected that EU Top-up summer programme would allow me to have in-depth interaction with high-level diplomats as well as officials from the EU. Also, I expected that I would be able to gain more knowledge about the EU which I did not know before I go to the trip.”

“Overall, I gained a better and deeper understanding about EU through actually stepping on the land of EU and also listening to the officials. One of the highlights of the programme is the face to face interaction with the MEP, which is something that we normally cannot do in usual academic trips. The interaction with the MEP, who was the oldest MEP in the Parliament allowed me to know more about how the MEPs think of the world nowadays. Although the meeting was very short, I was awed by the depth of the answer by the MEP and it was indeed a very enriching experience.”

“…the official was from South Korea and he had a very comprehensive explanation of what Emission Trading system was by using formulas and all that, which gave me a clear idea on what ETS was….The fact that he was from South Korea was also something which was quite surprising for me since I knew that usually its only EU citizens who can work in the EU. The chance to speak to such an acclaimed official from another government during his mission to EU is really a rare and precious chance. ”

“In our opinion, it is absolutely that much more effort must be paid to advocate and promote the works of EU. Nevertheless, we are impressed that a number of EU officials are quite active on the social media platform and some of them even have their own Facebook accounts to share news with their followers. We believe it is a good practice that other officials may wish to learn as their followers may gain a lot more knowledge on EU’s works and at the same time, the officials can listen to or even exchange views with them.”

Group report on Human Rights from the European Union’s perspective

Measures taken by the airports in the EU

We are happy to have benefited the group of students by bringing them opportunities to have the first hand “EU Experience” and gaining their interests in the EU. As this was the first summer programme we have organized, we understand there is still room for improvement. Our team will keep on putting thoughts in the coming summer programme 2014 and we hope to see you there!