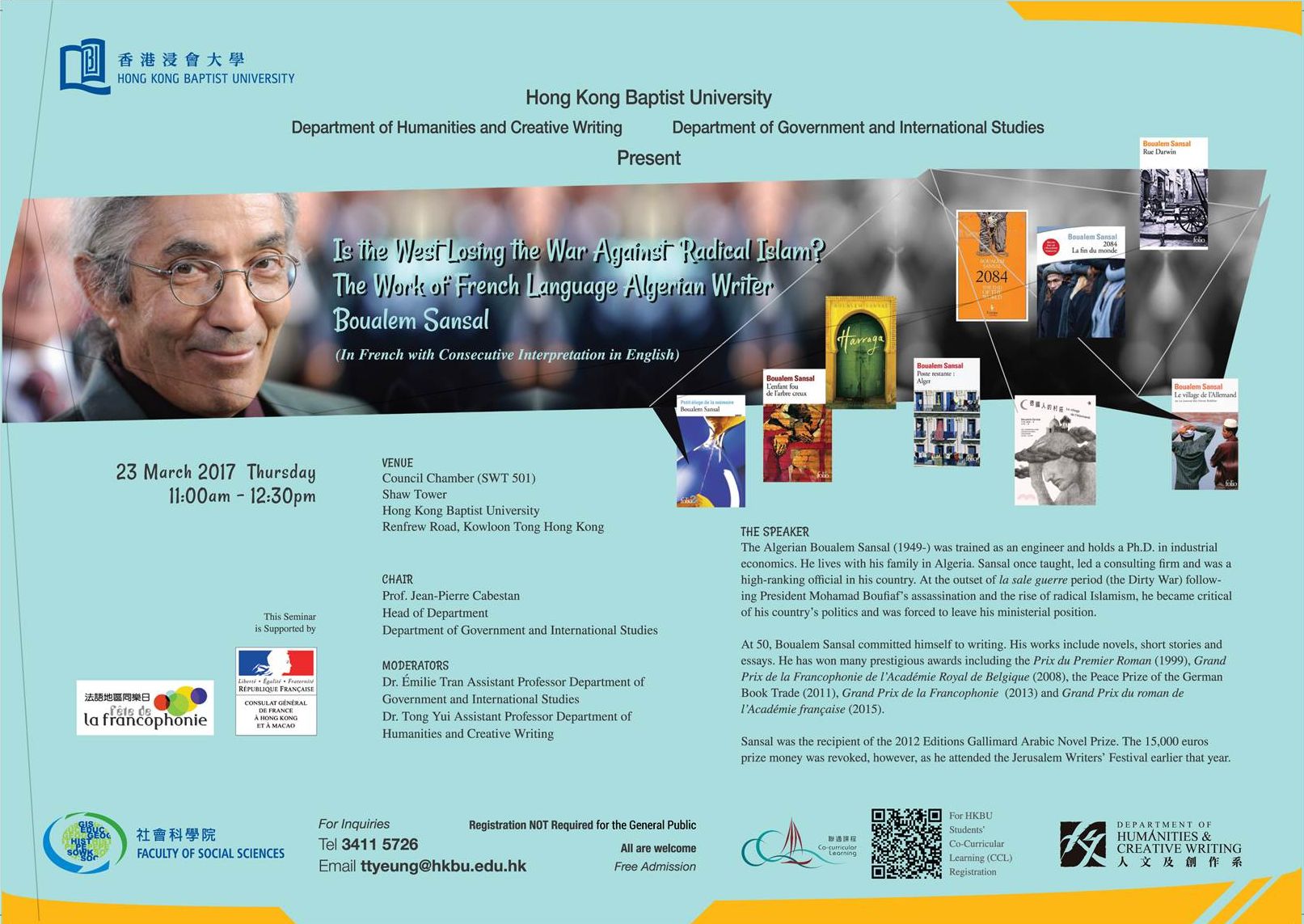 Language: In French with Consecutive Interpretation in English

The Algerian Boualem Sansal (1949-) was trained as an engineer and holds a Ph.D. in industrial economics. He lives with his family in Algeria. Sansal once taught, led a consulting firm and was a high-ranking official in his country. At the outset of la sale guerre period (the Dirty War) following President Mohamad Boufiaf’s assassination and the rise of radical Islamism, he became critical of his country’s politics and was forced to leave his ministerial position.

Sansal was the recipient of the 2012 Editions Gallimard Arabic Novel Prize. The 15,000 euros prize money was revoked, however, as he attended the Jerusalem Writers’ Festival earlier that year.

No registration required for the general public

Organized by the Department of Government and International Studies, Hong Kong Baptist University