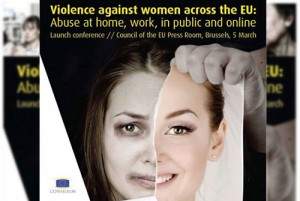 What do we commemorate on the 8th of March?

Just a while ago on 8th of March we celebrated the International Women’s day where people around the world showed respect, love and celebrated the contributions of women.

Despite the kind tribute to the female gender, we cannot underestimate the background of this date and the reality of violence many women face today.

The first time such an event as a “women day celebration” took place was in 1908 in the United States. In a more concise attempt to make the voices of women be heard, In 1910 the International women day was commemorated in the opening of the Second International socialist party meeting in Denmark.

As a political strategy, the Socialist party proposed more liberties and rights for women including universal suffrage; and also the inception of an International women’s day to support and encourage women workers and women suffrage.

With heated discussion and efforts of women around the world, the 19th of March 1911 was marked as the first International Women’s Day1. Numerous manifestations took place in Denmark, Germany and Austria -among other countries- with hundreds of women demanding the right to vote and to stop employment sex discrimination.

The celebration of this date spread around the world and nowadays reminds us of the past, present, and future struggles of women to acquire universal human rights equal as those of men.

Gender violence in the EU
Last Wednesday 5th of March, the European Union Agency for Fundamental Rights (FRA) released in Brussels the findings of its latest survey. The main purpose of the study was to analyze the index of sexual, physical and psychological violence against women among the 28 EU Member States.
The Violence against Women across the EU: Abuse at home, work, in public and online 2survey included the participation of 1500 women from each of the 28 EU Member States, for a total of 42.000 women –between the ages of 18 and 74– surveyed.
According to the findings 1 out of 3 women in the EU has been a victim of a form of abuse; with 2/3 of abused women not reporting their most serious violent incident.
It was also calculated that about 13,000,0003 of women across the EU had experienced violence within 12 months previous to the survey; and that 7% of females had experienced violence anytime in their lives
A considerable number of 3.7 million of women said they had been sexually abused 12 months prior the survey and 2% any time after 15 years of age.

A striking 18% of women on average have faced harassment from the age of 15; and 5% within 12 months prior to the interview.

Scandinavian countries: the highest percentages of violence against women
The overwhelming results of the FRA survey, suggest that Denmark, Sweden and Finland are the most affected countries in the EU in terms of violence against women with 52%, 47% and 46% of female victims of abuse respectively4. These are definitely shocking results if we take into account that the Scandinavian countries are regarded as the most gender equal places on earth.
However, a contradiction of this report is the result of the Global Gender Gap Index of 2013 (by the world economic forum) that measures the differences between genders around the world. Among the top 15 of the most gender equal countries 11 were Europeans, with Iceland, Finland, Norway and Sweden occupying the first posts of the rank5.
How can we then explain the results launched this last 5th of March?
The survey suggests that one of the reasons might be cultural differences. In some countries it is not socially accepted to open up to strangers and share such topics as domestic violence. However, in other countries with higher gender equality, women may be more open to share their experience with a third party.

However, this is not a reason to relax but to be preoccupied since the figures might be actually higher with many women not reporting abuse even in the surveys.

Measures taken before in order to secure women’s rights:
The EU
The European Union has long stated its compromise in combating violence against women. As a result, an “EU Guidelines on Violence Against Women and Girls and Combating all Forms of Discrimination Against Them” was released in 2007. The document exposes the EU position on the topic and identifies its three main focuses for problem treatment: prevention, protection and support; and prosecution of perpetrators6.

The Istanbul Convention
Taking into account the figures regarding violence against women, the Council of Europe7 opened the signature of the Istanbul convention in 2011.

The Convention on preventing and combating violence against women and domestic violence, also known as the Istanbul Convention was opened to signature in 2011.

The convention recognizes that there are an overwhelming number of female victims subjected to rape, genital mutilation, forced marriage and abortion; domestic violence and labor discrimination-among others-; and hence there is the need for the state to pay significant attention to the protection of the victims.

The convention recognizes that these forms of violence happen to women because of their gender nature and the only way to achieve gender equality is when women are fully respected and not punished or discriminated on behalf of their gender.

Although more than 40 countries already signed the convention, is not in force yet since a minimum of ten countries might ratify it and so far only 8 countries have done so.

Once into force the Convention will judicially bind the members that ratified it.

Danish women
Despite the FRA survey results, Danish women are said to enjoy more gender equality with their male counterpart. Danish women have one of the highest payments and employment rates in Europe. Furthermore, they make up for almost half of the members of the Danish Parliament, and several women direct some of the 19 ministries in the Danish Government.

One great example of the Danish achievements is the Prime Minister Helle Thorning-Schmid: the very first women to hold such post in Denmark and also the first woman leader of the Social Democrats political party.
The Danish Constitution also includes different policies to ensure gender equality in the public and private sectors. Some examples of this are: the Act of Equal Pay, the Act of Equal Treatment and the Act of Gender Equality8 .

However, the Danish government is yet aware of the steps to take in order to eradicate the violence against women.

1 Winson, Rebecca. “We mustn’t forget the revolutionary roots of International Women’s day” . 8th of March 2014
2 3 Page 15, what do the results show?. In Violence against women: an EU- wide survey, 2014.
4 European Union Agency for Fundamental Rights. ‘’Prevalence rates of physical and sexual violence since the age of 15 ». In Violence against women : an EU-wide survey. Page 28. 2014
5 World Economic Forum. ‘The Global Gender Gap Index’Page 8. 2013
6 Page 2 of the report
7 The council of Europe is an international organization which is totally independent from the European Union, hence other states, such as Turkey and Russia are part of it. Its main focus is the international cooperation for the protection of human rights, democracy and laws
8 Legislation on line. “Primary Legislation”. In Denmark.