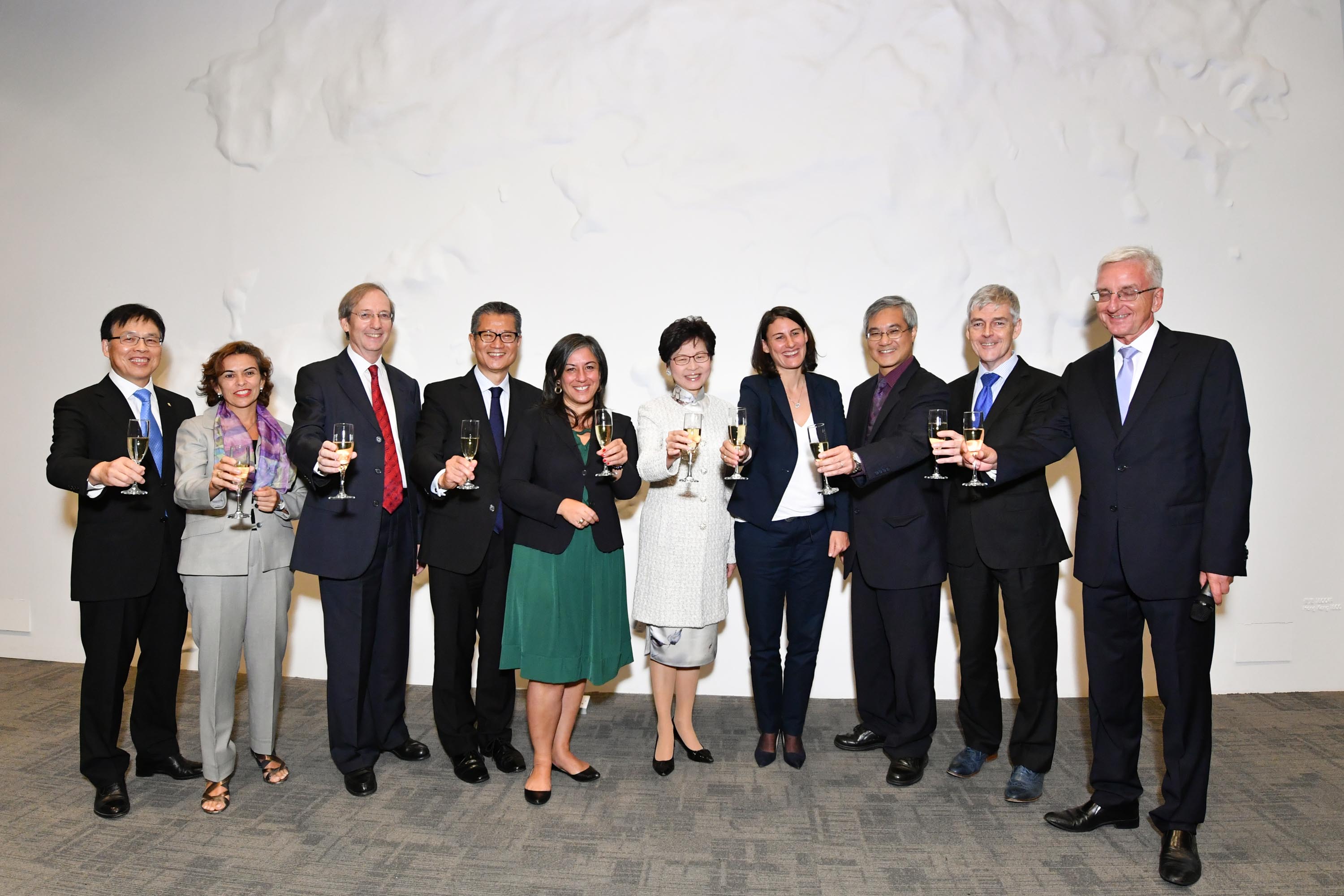 Opening Remark by      Mrs. Carrie Lam  (click to read full speech)
Chief Secretary for Administration of the Government of the HKSAR
(click below to view the video) 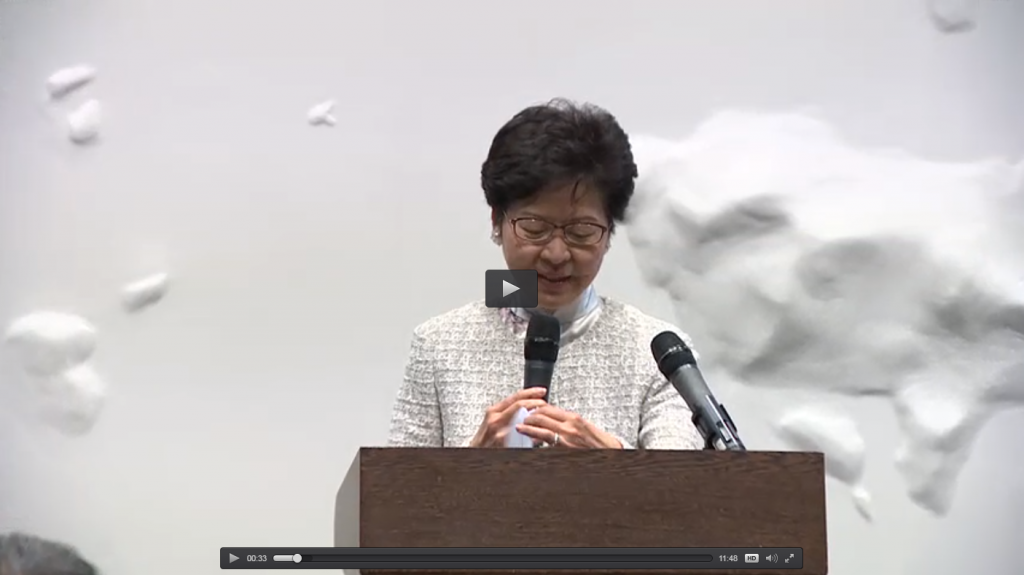 The opening ceremony of the exhibition “City Smart Development in Europe: Vienna” was officially held on 3 November at City Gallery. Organized by the European Union Academic Programme and co-organized with the Austrian Consulate General and City Gallery, the exhibition presents a vision of smart development, strategic planning and liveability of the city of Vienna. The opening also marks the launch of the 3rd edition of “Urban Innovations” – a series of events focused on exchange of expertise and dialogue between Hong Kong and European cities.

In the opening remarks, Prof. Hans Werner Hess, Deputy Director of EUAP, said that “Urban Innovations aims to bring information about Europe to Hong Kong and also offer a platform for discussion among different urban communities”. He explained that this year’s focus on Vienna is dictated by the city’s outstanding performance in providing high quality of life based on long term sustainability oriented urban planning.

Mrs. Carrie Lam welcomed the opportunity to share experiences with experts from Vienna and expressed the HKSAR Government commitment to smart development of Hong Kong, as well as determination to make the city liveable, competitive and sustainable. She said that a city’s liveability “is not just about the physical environment, but all elements that contribute to the quality of life and well-being of its people.” (click to read the full speech)

Mrs. Maria Vassilakou mentioned that Vienna makes its key priority to develop innovative solutions, ensure social inclusion, and preserve natural resources. She stressed that what distinguishes Vienna’s approach from other cities is that, apart from focus on technology and environmental targets, its utmost goal is to engage all its inhabitants and guarantee that nobody’s needs are neglected.

Prof. Rick Wong said that “Urban Innovations” series contributes to bringing in international experience and can help to initiate future improvements to the life of society in Hong Kong and Europe. He expressed hope for stronger international cooperation between the two, especially between young people and students who will soon shape development processes in their cities.

The official opening was followed by the talk “Hong Kong – Vienna Dialogue: Public Space”, in which Mrs. Maria Vassilakou and Mr. Paul Chan Mo-po presented and discussed their respective perspectives on future development and qualities of public spaces in Vienna and Hong Kong.

Hong Kong – Vienna Dialogue: Visions for the City of the Future – Public Spaces”

The speakers outlined ideas guiding the development and design of public spaces in Vienna and Hong Kong.

Mrs. Maria Vassilakou said that the planning of public spaces in Vienna followed a simple principle: If it is good for children, it is good for everyone (e.g. safety, clean environment, free movement). She opined that public spaces, rather than buildings, constitute the heart of the city, even though the latter may possess great architectural qualities. The general walkability of the city should be a major indicator for successful urban development. Viennese planning therefore emphasizes issues of accessibility, usability, and socially inclusive design. Through concrete examples Mrs. Vassilakou could explain that Vienna pays considerable attention to ‘opening up’ its streets to citizens by permanent or temporary closures to car traffic and the organization of public events and private initiatives in such zones. The city also encourages co-creation and participatory planning.

Mr. Paul Chan Mo-po presented Hong Kong efforts in opening up more public spaces for better liveability in its high density environment. As an example, he discussed an Energizing Kowloon East Office project, which redeveloped large spaces under the Kwun Tong Bypass and transformed them into multiple-use public areas and an informal performance venue for young local citizens. Further examples were the development of the old Kai Tak Runway Park and the opening up of (parts of) the Hong Kong Island Waterfront for pedestrians and cyclists. He also made reference to the robust development project of the West Kowloon Cultural District, which already provides a large-scale venue for cultural activities and recreation

Mr. Chan drew attention to a shift in the HK Government’s approach: Citizens are now encouraged to take part in the planning of common urban spaces for a variety of leisure time purposes.

The speakers’ presentations were followed by a discussion on types and sources of data collected for planning and measuring the quality of public spaces, as well as accessibility of information to the public. The speakers commented on differences in the scale of projects and the general approach of the two cities. As Vienna already has the essential infrastructure in place, it concentrates more on citizen-centric details and further densification in the city. Hong Kong, by contrast, is still in the process of working out long-term infrastructure plans and large-scale undertakings

For information of the Exhibition please visit: http://euap.hkbu.edu.hk/series/eventpage/exhibition2016-17/