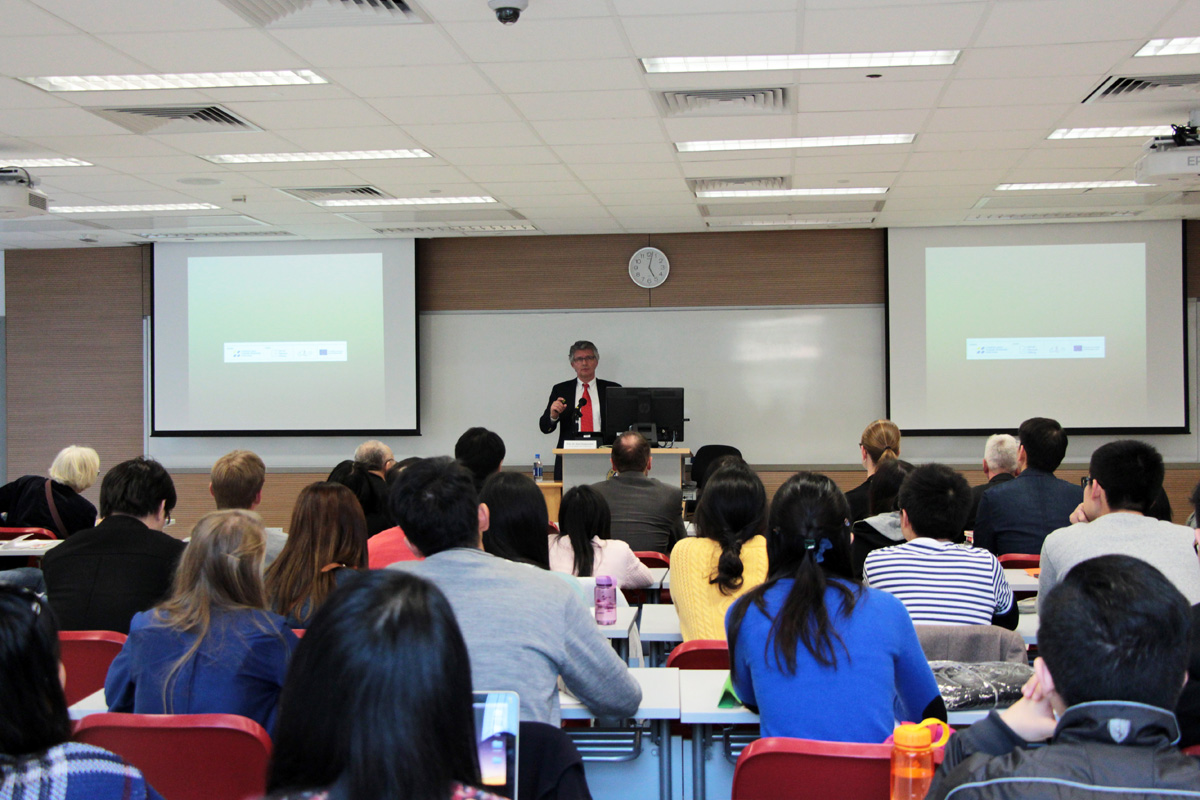 Event Partner(s): This event is organized in cooperation with Konrad Adenauer Foundation

Groningen in the Netherlands and nearby Oldenburg in Germany have been twin cities since 1989. Both are unrivaled economic, political and cultural centers in their respective regions as well as major tourist destinations. The lecture will profile both cities and discuss the effectiveness of their recent urban innovation strategies.

Groningen has a centuries-long tradition of trade and higher education. The city was among the three finalists in the 2014 iCapital competition of the European Commission and has been branded as a ‘City of Talents’.

Oldenburg has been undergoing a successful transformation from a purely residential and administrative regional center towards becoming a future-oriented ‘knowledge city’. In 2009, it officially became Germany’s ‘City of Science’.

Groningen and Oldenburg are an example of extremely close and productive cross-border cooperation in Europe, linking parts of their public administrations, working on joint urban projects and long-term development strategies. Special emphasis is on energy supplies (especially renewable energy) and (in view of Europe’s demographic changes) health sciences, including the flagship project of the first bi-national Medical School (‘European Medical School’).

In his complex presentation, Prof. Schwandner first outlined the political decision making structures in Groningen and Oldenburg. Although different in many aspects, the need for constant negotiations and consensus-seeking between public administration and civil society became apparent. Citizens must have a constant voice and representation when significant urban decisions are taken. Long-term city planning and the ‘branding’ of cities are based on this consensus – and provide direction for constantly to-be-renewed citizens’ agreement.

The strengths of Groningen lie not the least in comprehensive environmentally friendly developments such as transport (the city is considered to be the ‘world-capital of cycling’, with over 70% of all urban trips done by bicycle) and energy provision (predominantly gas in Groningen, with an integrated ‘smart grid’ for optimal distribution). A further traditional strength is the city’s centuries-old university and its hospital – one of the Netherlands’ largest, with over 10,000 employees. The cooperation between them created an R&D and services focus on health sciences, in particular healthy and active ageing provisions and policies. Groningen brands itself as a ‘City of Talents’, with a highly educated work force and innovative companies in the health and energy sectors. A clean environment and a lively cultural sector attract the still-growing population. The city invests considerable sums in cultural ‘flagship’ projects such as the Groninger Museum and the Groningen Forum, but also in the conversion of brownfield sites for culture and creative industries (‘Crealab’, ‘CCC Reloaded’).

The northern German city of Oldenburg, in turn, has given urban long-term planning focus in its branding as a ‘City of Science’, a campaign which began in 2009. In 2014, it was awarded with the title ‘most business-friendly city of Germany’. At he highest conceptual level, the city emphasises ‘four Ts’: Tradition, Tolerance, Talents, Technology. The overall concept encourages close cooperation between city, university and the private business sector. Oldenburg has built up a focus around renewable energy provision (over 70% of all energy consumption already). This has been built on existing strengths of local industry and led to a growing cluster of related companies in the city, aided by the proximity of the North Sea and the off-shore wind parks currently being built there. Again, clean air, clean technologies and the preservation and expansion of green space in the city are major factors for its attractiveness to ‘talents’ employed in university, private companies and R&D institutes. Like Groningen, the city uses old and abandoned industrial sites as new homes for culture and the creative industries.

The label ‘Tolerance’ has a signature effect for both urban areas in order to attract and retain international talent as well as rendering the city attractive and lively. Groningen and Oldenburg together also emphasize the need for international contact, networking and exchange – with other urban areas in the European Union, but also South Africa, Turkey and China. That entails not only citizen-to-citizen contacts but also the attempt to ‘globalize’ the business of local companies. There is today far-reaching cooperation between Groningen and Oldenburg, be that regular staff meetings and staff exchange, the use of city police units across the border, joint assistance for start-up companies and joint student training in the newly-founded European Medical School. In both the energy and health sectors, the twin cities of Groningen and Oldenburg now have active collaboration projects with Mainland Chinese cities as well.