Home  /  Our activities, Latest Events, Our activities  /  The Prize-Giving Ceremony of “HK-EU School e-Learning Project” was successfully held on 18 July 2015 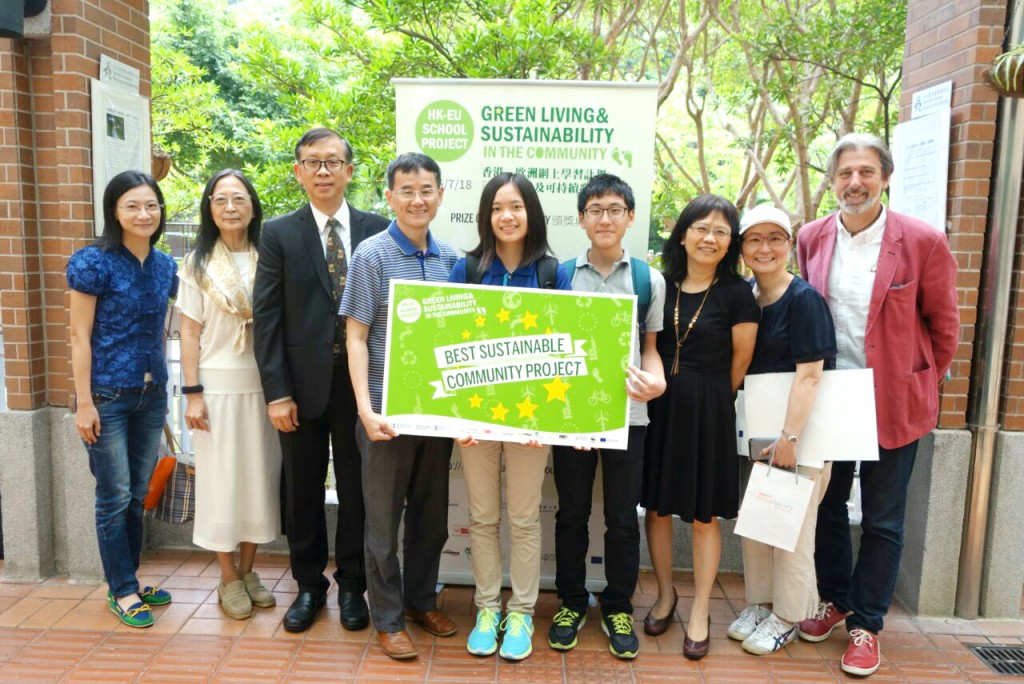 The Prize-Giving Ceremony of the HK-EU School e-Learning Project “Green Living and Sustainability in the Community” was successfully held on Saturday 18th July at the Hong Kong Baptist University (HKBU). Over 100 guests, including students, teachers, parents and members of the community attended the event. This ceremony celebrated the end of an eight-week-long pilot e-Learning project, which brought secondary school students from Hong Kong and European cities together to create new ideas contributing towards a more sustainable community. Nine awards were handed out to winners by Mr. Chi-hung Lee, Chief Curriculum Development Officer (PSHE) of the Education Bureau of the HKSAR Government, Mr. Paul Zimmerman, CEO of Designing Hong Kong and Prof. Vivian Taam Wong, Chairperson of Friends of the Earth Hong Kong, together with Prof. H. Werner Hess, Deputy Director of the European Union Academic Programme Hong Kong and Dr. Tushar Chaudhuri, Programme Coordinator of the European Studies Programme of the HKBU. 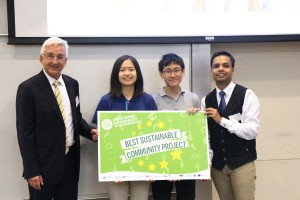 Prof. Rick Wong, Acting President and Vice-chancellor of the HKBU, said in the welcoming speech that the project enhanced people-to-people exchange and “engaged students’ interest in both Hong Kong and European affairs”. This was followed by Ms. Christine Loh, the Under Secretary of the Environment Bureau of the HKSAR Government, who said “I’m very envious of the students having the opportunity to work closely for a period of time with groups of students in Europe, and I think that it is not just the outcome, but the entire learning of the process and cultural exchange that is important.”

A panel consisting of seven judges from six local NGOs was invited to make the final decision on the most successful overall Group Community Project in terms of ideas, implementation and cooperation, which was awarded the grand prize, the “Best Sustainable Community Project”. The winner of this grand prize saw a successful collaboration between two Hong Kong students from the HKCCCU Logos Academy, and three students from Institut Ernest Lluch, Barcelona, Spain. One of the winners, Brian So Hoi Lam, said “It was such a fresh experience to be able to work with overseas teammates as previously our projects were mainly limited to those within the school”, while Rachel Mok Yi Ting found it very meaningful to work with their proactive European students throughout the project.

This e-Learning project was jointly organized by the European Union Academic Programme Hong Kong (EUAP) and the European Studies Programme of the HKBU. Nine Hong Kong schools and twelve schools from eight cities across four countries in Europe (Belgium, Germany, the Netherlands, and Spain) took part in this project. Between March and June 2015, the project connected over 200 students across communities by way of exchanging ideas, and collaborating through research on topics such as “Plastics & Recycling”, “Fashion & Toxic Issues”, “City” and “Food”, thus heightening their awareness on sustainability.

In light of the project’s success, the organizers believe that e-Learning will continue to grow as a trend, and will work to provide useful and practical learning materials in future. As Dr. Tushar Chaudhuri suggested, such projects will draw Hong Kong and European students together in a cross-cultural pathway of interactive learning and exchange of ideas. A roving exhibition of the project will also take place at the beginning of the new academic year across Hong Kong schools, where students and teachers will be able to understand the project in greater detail.

For more details of the Ceremony and the e-Learning Project, please visit the official website at http://euap.hkbu.edu.hk/youngeurope/. 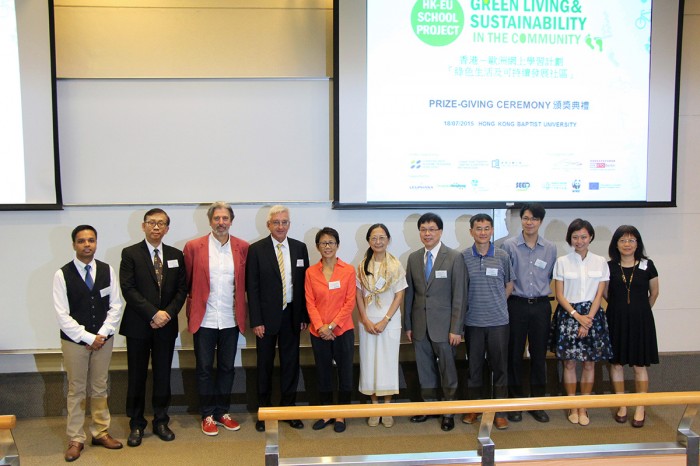 Go to the EUAP event page for more photos

or go to YouTube to view the video of the ceremony 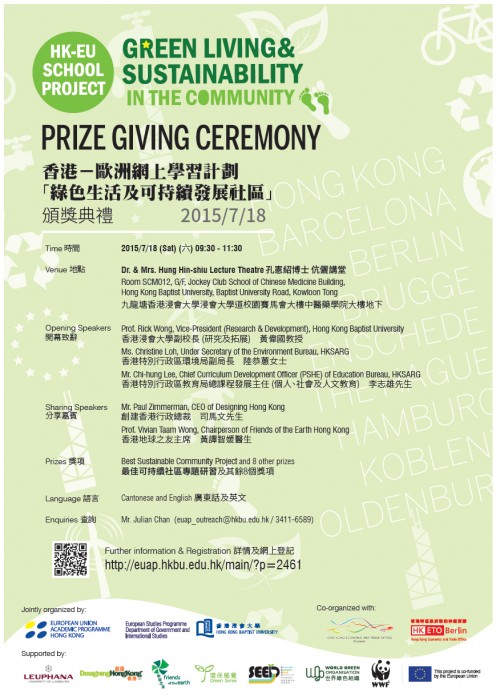 More about the project: