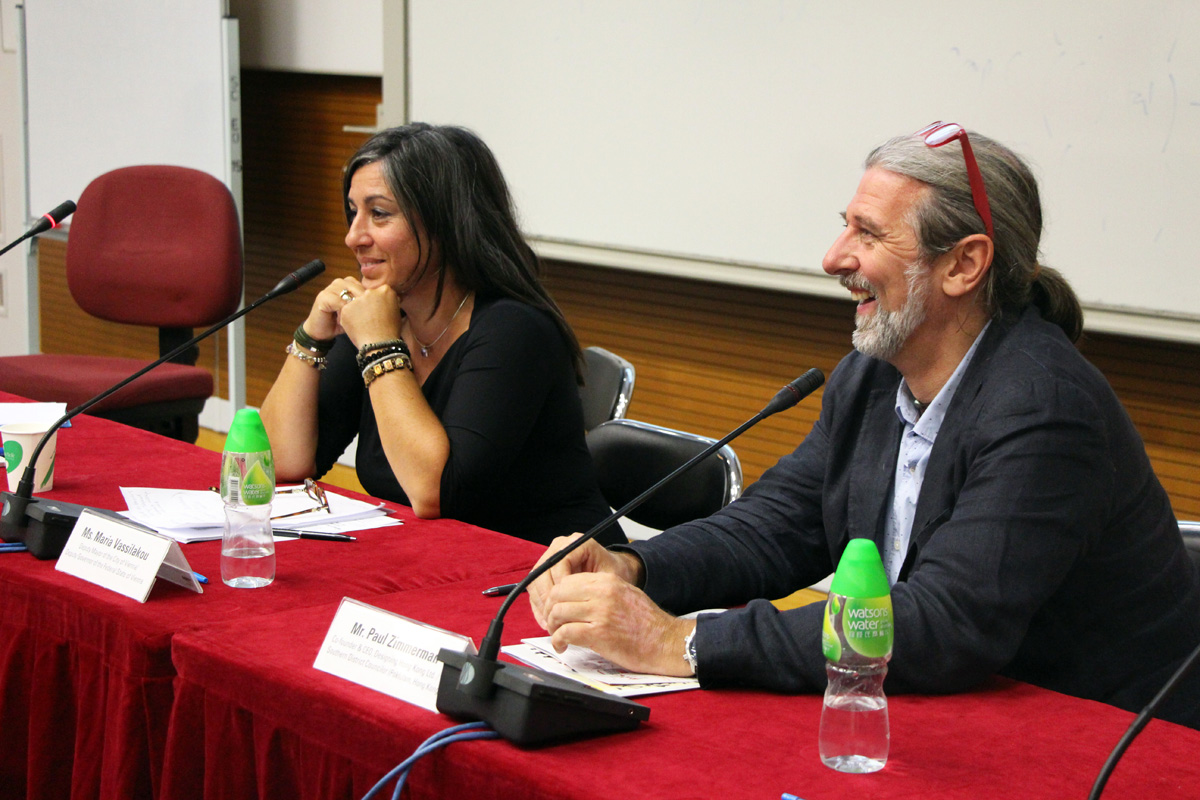 Event Partner(s): This event is organized in cooperation with the Consulate General of Austria and Designing Hong Kong Ltd.

Event Description: Vienna is one of the ‘greenest’ cities on earth, with an extremely high quality of life for its citizens. Underlying this achievement is a comprehensive urban planning strategy with an emphasis on climate protection, increasing use of renewable energy sources, improved mobility for citizens (including ‘walkability’ of and within the city), social inclusion policies and extensive citizens’ participation.  Implementing such far-reaching strategies (until 2050) requires effective urban leadership and cooperation among all stakeholders, including government, business, and civil society. Along these lines, Ms. Vassilakou (who is also a leading member of the Austrian Green Party) and Mr. Zimmerman will compare the different approaches in Hong Kong and Vienna and are open to debate with the audience. 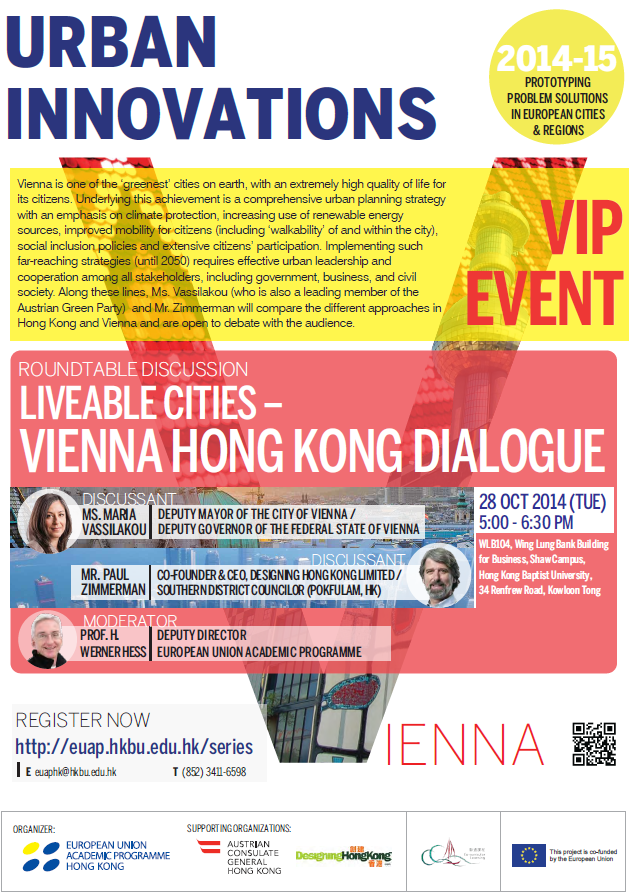 Maria Vassilakou, Deputy Mayor of Vienna, shared with the audience Vienna ‘smart city’ development concept. Vienna is regarded as one of the most liveable cities in the world. It is also among the fastest growing cities in the German speaking area of Europe. It has currently a population of 1.7 million (with a 9.4% increase within the last 10 years alone) and will have to accommodate 2.1 million in 2050. Providing for the needs of citizens and tackling climate change are the twin challenges that Vienna has to face. To this end, the city developed its holistic ‘smart city strategy’. Mrs Vassilakou discussed various examples for the implementation of the plan, among others measures to make the city more walkable by reducing car traffic and reclaiming public space for the citizens. She explained that any developmental concept needs are to be based on the specific wishes citizens formulate, which in turn requires sustained efforts of negotiating between all stakeholders in the city. She concluded by saying, “Cities are primarily places for quality living, they are made for people, and they need to let people participate in their designs.”

Paul Zimmerman, CEO of Designing Hong Kong, shared aspects of the Hong Kong development. He described Hong Kong as a city of contrasts: places of nearly untouched nature side by side with highly urbanized areas. Compared to Vienna, Hong Kong is very crowded although private car usage per citizen is already much lower. However, the densely built-up area does not take the needs of pedestrians into account, resulting in inconvenience and a walkability far below Vienna’s standards. From his analysis of the Central, Tsim Sha Tsui and Tsuen Wan areas, it appears that only Central offers a chance for walking by separating car traffic and pedestrians on multiple levels. Pedestrian bridges, however, are mostly financed by private investors (i.e. provided for commercial purposes) and therefore charged land premiums by the government). As a consequence, government policy actually hinders walkability improvements. Especially in non-core districts like Tsuen Wan, walking is difficult and often altogether impossible. Needs and wishes of citizens are disregarded. The recent Occupy Movement, however, clearly demonstrates that improved walkability in Hong Kong is possible and can improve the overall quality of life. There is no shortage of practicable suggestions or financial means. But there is a lack of political will and leadership with a view to implementing citizen-oriented development projects. Paul concluded that the current Hong Kong government is spending too much time on issues not related to the development of the city proper. More decision-making rights and more resources on decentralized local (district) levels would result in tangible improvements in the quality of living for all citizens.

City of Two Extremes – Where are we heading? (By Paul Zimmerman)