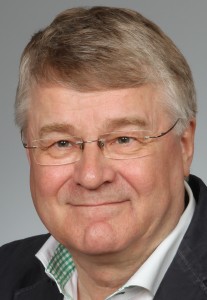 His previous university assignments comprised being the member of Aalto University Transformation Team (2008-2009) and heading the Centre for Continuing Education (1985-1991) and the Lifelong Learning Institute Dipoli (1992-1995, 2003-2008) of the Helsinki University of Technology (TKK) as the Director with managerial responsibilities being in charge of one of Europe’s largest continuing education providers with an average 100 staff members and an annual turnover of 6-10 million Euros.

Mr. Markkula is a former member of the Finnish Parliament (1995-2003) with membership roles in the Committee for Education, Science and Culture and the Committee for the Future. As an MP his international role included the Presidency of EPTA Council, European Parliamentary Technology Assessment Network. He has served the global engineering community as part-time Secretary General of the International Association for Continuing Engineering Education IACEE 1989-2001. He has been awarded the European Society for Engineering Education SEFI Fellow 1995. Within SEFI he has been the Chairman of the Continuing Education Working Group.

In Finland his role has included memberships in the boards of several companies and other organizations, among others Tekes, the Finnish Funding Agency for Innovation and Technology. He has also served as the Chairman of the Espoo City Council (1990-1992, 2010) and the Espoo City Planning Board (2004-2012), as well as Chairman of the Boards of the Finnish Association of Graduate Engineers TEK (1993-2005) and the Finnish Information Society Development Centre TIEKE (2000-2011).

Markku Markkula is a member of the EU Committee of the Regions, CoR (2010-2014). Within CoR he is member of Commission for Education, Youth, Culture and Research EDUC, and Commission for Economic and Social Policy ECOS. He is the Chairman of the EPP/CoR Task Force on Europe 2020. His role also includes being the rapporteur on the Digital Agenda for Europe and the rapporteur on the role of local and regional authorities in achieving the targets of the Europe 2020 strategy, as well as the rapporteur on Horizon 2020 (the EU Framework Programme for Research).

Mr. Markkula’s special competence areas are innovation and change management, lifelong learning, knowledge management, e-learning, as well as science, technology and innovation policy. He has published several books and given hundreds of conference presentations. As a tribute to his achievements he was in 2008 elected to the International Adult and Continuing Education Hall of Fame.